“Teachers who defend violence should resign” 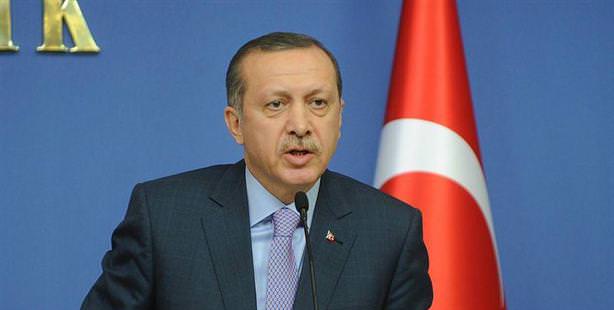 Prime Minister Erdoğan says, “As the Prime Minister, I will stand up to any strength in criticism derived from violence.”

During a joint press conference with Tunisian Prime Minister Hamadi Jebali, Prime Minister Tayyip Erdoğan responded to rampant criticism of police efforts to contain a protest on the Middle Eastern Technical University campus at the launching of Göktürk-2, Turkey's observation satellite, by stating, "Security forces did what was necessary." Commenting on the controversial protest, Erdoğan went on to deliver the following messages during yesterday's press conference:

"Criticism should never derive its strength from violence. If someone does obtain their strength in criticism from violence, then whomever they may be, as the prime minister I will stand up to them, whether they are a rector or an academic…

There is no need to sling steel balls at police officers or anyone else for that matter. There is no reason to burn tires on campus. In addition, it wasn't just students from that school; there were students from other schools there. If this is what they are doing, nobody can see this as being a sincere protest. Whether it is a rector saying this or an academic, in my opinion they need to end their career in education and thereby join those who gain strength from violence in the square."

"Academics need to show what they can contribute in terms of liberties in this nation. Show up with slingshots and steel balls, burn tires and throw Molotov cocktails and then go and be upset about the police's response. This is their duty. They did what was necessary. In addition, I congratulate them on their success in the mission."

'THE DEEP STATE IS LIKE A VIRUS, IT WILL NEVER BE DESTROYED'

(In response to questions regarding the tapping device found in the prime minister's office and in regards to the deep state.)

"We continue to struggle with issues such as these and will continue to do so. I have released statements regarding the 'deep state' in the past. We have made no such claims that we have completely erased this situation.

As a politician, I don't believe that any nation in the world has put an end to the deep state within their structure. Every country has a deep state. They are like a virus; they arise when they find the opportunity and attempt to do what it is they do."

During a television broadcast last week, Prime Minister Erdoğan had referred to a tapping device being detected in his office.