Germany ships out Patriots while the Dutch are on the way 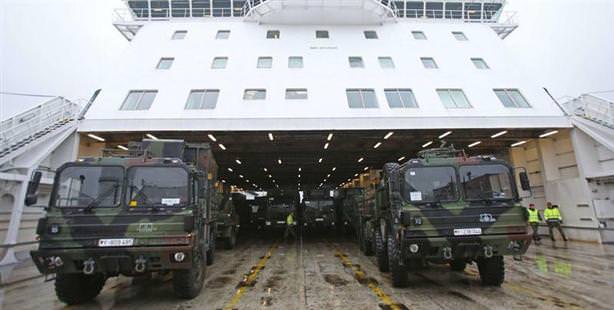 On Tuesday morning, Germany shipped out the Patriot battery systems being deployed to the border with Syria in accordance with the NATO ruling to offer further support for Turkey’s air defense system.

According to an announcement released by the German Embassy in Ankara, preparations have been ongoing by armed forces logistics specialists since January 3rd for the transport of 300 vehicles and over 130 containers, which is being conducted by the "Suecia Seaways", a ship belonging to the Danish shipping operators DFDS. The ship is expected to reach İskenderun Port by January 21st.

The Netherlands will be sending two Patriots from the Dutch city of Vredepeel's Best Military Post to the Eemshaven Port from where they will be loaded onto ships to depart for İskenderun Port. After an approximate two-week journey, the Patriot battery systems are expected to be deployed in Adana by January 22nd. Amongst the Dutch troops being sent to Turkey are three soldiers of Turkish heritage which are fluent in the language.