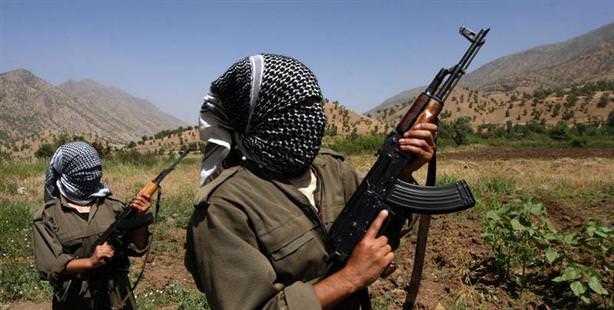 If deliberations with the PKK leader Abdullah Öcalan, currently imprisoned in İmralı, reap positive results and weapons are indeed silenced then the approximately 3,200 terrorists holed up in the mountains that do not have criminal records will be allowed to return home, while a group of around 300 will be sent abroad.

According to the decision to come out of last week's AK Party Central Executive Board meeting, the government is pursuing a policy with İmralı based on "relinquishing weapons entirely, rather than simply silencing them." The second pertinent factor in deliberations will be for the leading members of the PKK terrorist organization to depart for third-party countries.

A report, prepared by the Directorate of Security, at present there are approximately 3,500 PKK terrorists. Nearly 300 of that figure are high level members that have criminal records. If the negotiation process progresses positively, then these 300 individuals will be sent to European nations and will never be allowed to return to Turkey. As for the remaining 3,200 members who have not been connected to proof of criminal activities, they will be allowed to return to their homes and continue living their lives from where they left off.

However, the state is concerned that the organization may not stop tracking down those who leave the mountains. This process will also allow for the opportunity to measure the amount of influence Öcalan has over the organization and Kurds in general. In time, it may be possible to eliminate those wings within the organization that do not heed Öcalan's call to relinquish weapons.

The traffic of meetings which began following the hunger strike all started when Öcalan released a message that he had, "something to say." Öcalan is stated to have made this move to begin negotiations due to his discomfort with the increasing influence of Barzani as well as in an effort to maintain his position in the region. The government is handling this process in three stages consisting of, "halting action by the PKK, disarmament and rehabilitation."

The stage at present is being referred to as the "inactivity" process. The second stage will involve the silencing of weapons and the return of those members who do not have criminal records to their homes in Turkey and for those with records of criminal activities to be sent to Europe or another nation abroad. The third stage involves the rehabilitation process, which will also include a series of legislative steps, which are what the government is handling at the present.

A NEW STEP WHEN THE TIME COMES

Prime Minister Tayyip Erdoğan discussed the steps towards democratization with his fellow staff during the recent Central Executive Board meeting. Expressing their resolve to continue to take steps for the process of further democratization, Erdoğan stated, "It is not possible for demands pertaining to democratization to ever come to a close. What we do today may be insufficient in ten years' time. Democratization is an active process. New steps will be taken when the time and place dictates so." Erdoğan also touched upon the possibility this process does not reap results and stated, "If no solution is reached, then the state will continue to utilize its own legitimate means. If the BDP (Peace and Democracy Party) and Öcalan are unable to successfully make use of this process, then the state will solve the issue using its own methods."