For Turkey, Chuck Hagel is considered a friend 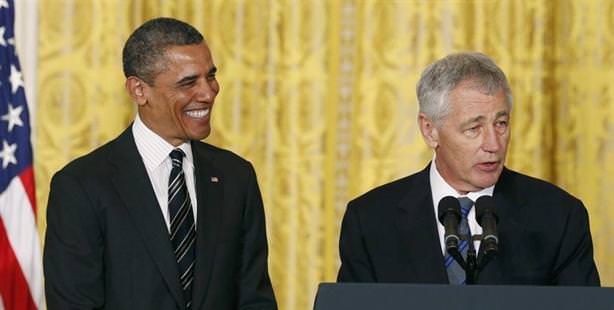 President Barack Obama has nominated former Senator Chuck Hagel as the new U.S. Secretary of Defense. Should Hagel take on the position, he is expected to maintain good relations with NATO ally Turkey; one of the United States' key regional partners.


During a speech in 2005, the former senator stated that Turkish-US relations were of global importance and called for closer bilateral ties. In that very same address, he also said that American schools should include the history of Mustafa Kemal Atatürk, the founder of the Turkish Republic, and praised his leadership qualities. "Ataturk played a leading role in shaping today's world," stated Hagel.

Erol Cebeci, the president of SETA DC, a Turkish think tank based in Washington DC, says that assuming his appointment is approved by the congress; Hagel would facilitate an improvement in bilateral ties during his tenure.

"Hagel's ideas, especially on Iran sanctions, are very close to the Turkish position. He points out that one-sided American sanctions against Iran are not healthy. Turkey is hoping for a more involved partnership on the Syria issue and Hagel can fulfill these expectations," states Cebeci.

Hagel has visited Turkey several times in the past and is known for being well-versed on the country. A specialist in American politics, Turkish columnist Selim Atalay says Hagel has tried to draw in American investments to Turkey and played a key part in the Baku-Ceyhan-Tiflis pipeline project, a vital energy source for Turkey's industry. "Hagel's tenure will be good for Turkey. He is a realist. Even after retiring from the Senate, Hagel has continued to closely follow developments in the region," states Atalay

It is also worth mentioning that Hagel serves as the chairman of the powerful think tank and public policy group the Atlantic Council. Recent reports released by the institution have pointed out the critical importance of Turkey as a NATO member. However, the assumption that with Hagel's appointment everything will go Turkey's way is far from true.

Nur Özkan Erbay, a journalist based in Washington DC, believes Hagel cannot ignore the White House's priorities on defense and foreign policy. "Past experience shows that when there is tension between the Congress and the White House, important military tenders can pay the price. For example, the congress tends to block military jets and helicopter purchases. Hagel cannot be considered immune to these balances in Washington," Erbay states.

Turkey has pressured the US for the purchase of combat unmanned aerial vehicles; however the Obama administration failed to approve the sale not wanting to draw fire from the GOP before the elections.

At the end of the day however, most experts believe Hagel's appointment as the new U.S. defense secretary will have a positive impact on Turkish-US relations.

The Turkish Foreign Ministry has yet to comment on Hagel's nomination.