Barzani to assist in PKK’s disarming 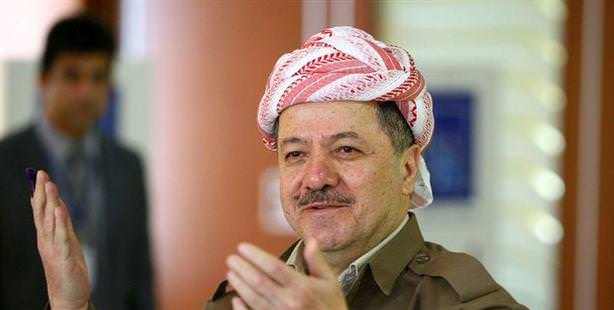 An upcoming meeting in Erbil will help shape the methods and conditions for the PKK terrorist organization to finally drop their weapons. PKK terrorists who lay down their weapons will be given the opportunity to reside and work in Sulaymaniyah and Erbil.

The critical stage reached in negotiations aimed at solving the Kurdish issue and geared towards "letting politics talk and not weapons," involves the PKK withdrawing armed operatives in Turkey. In order to do so, the second curtain will be lifted in İmralı. A committee including Kurdish opposition party BDP (Peace and Democracy Party) Chairman Selahattin Demirtaş will soon be meeting with imprisoned PKK leader Abdullah Öcalan who is being kept in a penitentiary on İmralı Island.

Parallel to these deliberations, a second meeting is expected to be held in Erbil chaired by the Regional Kurdish Administration leader Massoud Barzani. The road map for the Erbil process, which will follow the second series of meetings held with the imprisoned PKK leader in İmralı is as follows:

Erbil will be establishing the foundation for all sides, including the PKK to meet at a round table.

The first stage will involve the mobilization of a committee which will include the organization wing leaders for the withdrawal of all armed operatives within Turkey and the announcement of an indefinite ceasefire.

All PKK camps set up in 18 locations in Kandil will be evacuated and armed security guards will be deployed to the camps' regions.

In order to draw out the terrorist organization's armed wing from the mountains, the Kurdish administration will be responding to the demand for legal assurance by way of following Iran's KDP model. This model will involve granting all organization members who drop their weapons the right to reside in Sulaymaniyah and Erbil as well as providing employment opportunities for means to subsist.
In 1992, the KDP, or the Democratic Party of Iranian Kurdistan, dropped all heavy weaponry and announced an end to attacks. Despite remaining armed for the past 22 years, the organization has not staged an attack since.

The halted Mahmur Camp Project as well as the Habur incident will be revisited in the agenda.

BDP has relayed information regarding their meetings held in İmralı and has also conveyed they will be delivering a series of written messages from Öcalan directed at Kandil. In addition, Barzani's KDP (Kurdistan Democratic Party) administrators have been informed of the process.
The most significant leg of the new process consists of a fourth judicial package. The Ministry of Justice is stated to have taken into consideration a number of objections made by certain ministers and has manufactured new formulas in which the ties between propaganda and terrorist activities are made openly explicit.