PKK assassinates three of its own 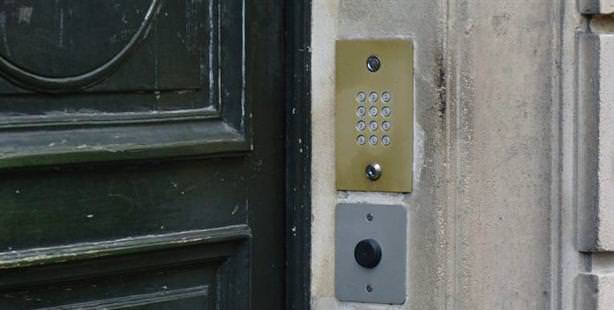 Well familiar with the Kurdish Information building in Paris, the site of Thursday’s assassination of three female PKK members, journalist Baki Gül says, “The first door had a code lock and the second door opened with a buzzer. The third door had to be opened by someone from the inside.”

The Kurdish Information Bureau located at number 147 on Paris' Rue La Fayette was not a very well-known location in the region. Having spent months there himself, journalist Baki Gül shared a number of important details with SABAH. According to what he tells us, it would have been difficult for someone they didn't know to have entered the building and commit the murders.

"I spent months in that office. To get in you had to go through three doors. The first door had a code lock and the second door opened with a buzzer. The third door had to be opened by someone from the inside," states Baki Gül.

According to Gül, the Kurdish Information Bureau was located close to a train station with frequent trains arriving from nations such as Belgium, Germany and England and therefore it was under constant surveillance by hundreds of cameras. "This particular square which had a lot of tourist activity was also protected by special teams with automatic weapons."

Gül says that the French police take photographic records of everyone who enters the bureau and that all activity there is tracked and the telephones are tapped. The very same street also houses the Anatolian Cultural Center, which was founded by Turkey residing in Paris in 1984. After the killings, French police have also taken strict security measures at the cultural center. According to the information obtained, police wearing Robocop-type uniforms will be providing security for the center until Monday. Police have also amped security measures at the region's Turkish Airlines office as well as for Turkish banks in the district. Meanwhile, local Turkish-owned shops have closed their shutters for the time being as a precautionary measure.

THE THREE VICTIMS WERE SHOT REPEATEDLY

According to prosecution sources, the three Kurdish women killed in Paris were shot to death repeatedly in the head. According to the autopsy, one woman had four gunshot wounds in the head, while the other two were shot three times each in the head. According to these findings, police are speculating the incident may have been an execution. The bodies of the three murdered women will be brought to Turkey for their burial in their respect homelands. Sakine Cansız will be buried in Tunceli, Fidan Doğan in Elbistan and Leyla Söylemez will be buried in Lice.

"Work of the deep PKK"