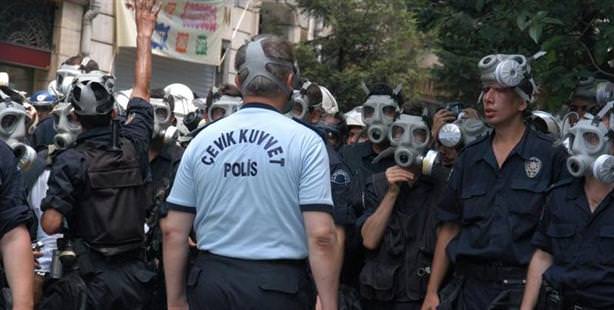 The Federal Bureau of Investigation is training Turkish security forces in defense against Syrian chemical weapons, it has been reported.

According to information obtained by SABAH, six FBI agents, and experts on mass destruction weapons, have been providing training on the dangers of chemical weapons and their effects to 80 high-ranking police officers and soldiers at the Turkish Security General Directorate's Gölbaşı facilities over the past few weeks.

There is an increasing unease surrounding the use of Syrian chemical weapons in the region. Foreign Policy magazine published an American diplomatic cable from the U.S. consulate in Istanbul yesterday which relayed supposed evidence that chemical weapons were used in Homs on Dec. 23. Later, the White House acknowledged that it had indeed received the telegraph, yet said that the information was not consistent with the intelligence they had obtained. Intelligence sources believe the Syrian government holds a wide range of chemical weapons including sarin, tabun and mustard gas.

The Obama administration offered training to Turkish security forces due to the assumption that chemical weapons could easily fall into the hands of terrorists after the collapse of Syrian leader Bashar Assad. Turkey accepted the offer and six agents arrived to Ankara to carry out the 12-day training. According to the daily Bugün, soon after the training course ended, The Turkish Foreign Ministry, the Interior Ministry, the Defence Ministry and the Health Ministry began formulating a special plan against weapons that could be used by terrorist organizations.

The Assad regime has the ability to load the chemicals on to short and long range scud missiles in its arsenal. Assad has control over SS-21 type scud missiles that have a range of 110 kilometres. Turkish Foreign Minister Ahmet Davutoğlu stated almost a month ago that Assad had 700 Scud missiles and that the Turkish government knew where the missiles were being stored. Meanwhile, Patriot missiles from NATO allies have been deployed in the southeast of Turkey to protect against possible Syrian aggression.

The Turkish intelligence organization, MIT, has been analyzing samples of soil, bomb debris and damaged buildings with the help of scientists to detect for any sign of chemical weapons. The agency periodically sends reports to relevant institutions and foreign counterparts.