Renowned journalist Mehmet Ali Birand has passed away at 71 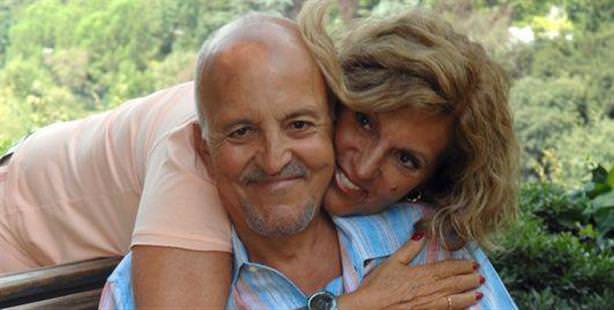 Chairman of Kanal D News Group Mehmet Ali Birand died at the age of 71 in Istanbul on Thursday from complications of gallbladder surgery to replace a stent at the American Hospital in Istanbul.

Prime Minister Recep Tayyip Erdoğan immediately commented on the veteran journalist's death, by both joining a live broadcast and releasing an announcement stating, "Mr. Birand will always be remembered as a highly respected and outstanding journalist."

Erdoğan recalled watching what was to be Birand's final broadcast. "We watched his final show together as a family. During the broadcast he asks for everyone's prayers. I spoke with my wife about it and we prayed together. I also prayed for him during my morning prayers. However, from his last speech I was able to see that Birand did not fear death."

Speaking during a live broadcast Thursday night, Prime Minister Tayyip Erdoğan shared that he knew Mehmet Ali Birand personally and went on to state the following: "I am very saddened by the death of Mr. Birand. May God rest his soul. I especially want to offer my condolences to his family. Mr. Birand and I go way back. I had the opportunity to get to know him through his program "32. Gün," a groundbreaking show in the history of our media. One program we did in Haydarpaşa High School left me with many memories. He has interviewed me numerous times. We have good chemistry and I have always enjoyed the interviews he has done with me. The most recent interview we did was regarding the February 28th (postmodern coup) era. We ate dinner together after the show.

HE HAD MY VOW FOR A DOCUMENTARY

He had my promise to participate in a documentary, however unfortunately it was not to be. I know him as someone who has certain sensitivities that go beyond journalism. In June of 2012, Birand underwent a serious surgery. He called me prior to going under the knife and said, 'I want your blessing and prayers.' He was someone who believed in the power of prayer and placed heavy importance on it. I told him that when I woke up the next morning I would pray for him and that I would also tell my wife and we would pray together. He wasn't afraid of death. Even when requesting this prayer he was warm-hearted. Sooner or later we will all pass. The where, when and how is what is undetermined. I offer my condolences to our nation's media."

Prime Minister Erdoğan also released a message of condolence for the death of veteran journalist Mehmet Ali Birand."I am deeply sorrowed to learn of the death of Mehmet Ali Birand, one of our media's most important figures. With his love for his profession, his hardworking ethics and productive journalism, Mr. Birand has garnered the admiration of his colleagues, readers and audience alike and with the body of work he leaves behind; he will always be remembered as a highly respected, outstanding journalist. May God rest his soul. I wish for strength and patience for Mehmet Ali Birand's family and our media community."

Mehmet Ali Birand most recently served as the chairman of Kanal D, however his career in the media spans back 48 years. Birand began his career in journalism in 1964, working for the Milliyet daily. He went on to write a number of books on the EU, the Turkish military and Cyprus and more famously hosted a series of interviews of leading world figures including Margaret Thatcher, Yasser Arafat and Saddam Hussein. Birand's popular political documentary-style television show "32. Gün" (32nd Day) was a staple in news broadcasting and paved the way for many well-known journalists in Turkey today.

On Wednesday, Birand was admitted to the American Hospital in Istanbul for an operation to replace a stent in his gallbladder and remained in intensive care due to complications. His death was announced late Thursday evening. A funeral ceremony will be held for Birand on Saturday at the Teşvikiye Mosque in Istanbul.