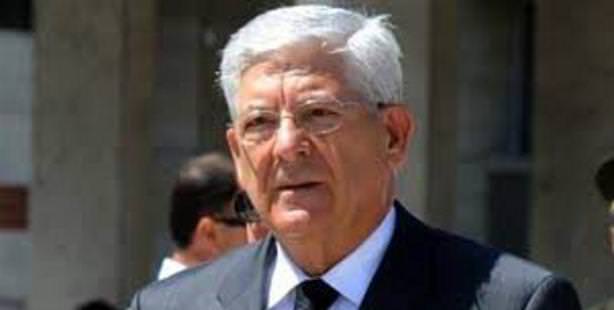 The Malatya 3rd High Criminal Court issued an arrest warrant on Friday for four suspects, including retired General Hurşit Tolon, for their involvement in the 2007 Zirve Publishing House massacre in which three missionaries, including one German national were brutally murdered.

Announcing the interim ruling in the 56th hearing on the Zirve Publishing House case, the court council announced that in taking into consideration the Public Prosecutors Office and joint attorneys' requests, they have decided to arrest retired General Hurşit Tolon for his involvement in the Zirve Publishing House murders. Tolon, who is already being held in custody as a suspect for the ongoing Ergenekon case, has now been named the prime suspect in the murder of the three Christians as "the leader of an armed terrorist organization." The court also issued arrest warrants for active Special Sergeant Adem Gedik, Levent Ercan Gelegen and Zirve Publishing House employee Hüseyin Yelki for "being members of an illicit organization and soliciting murder."

The court council also ruled in favor of obtaining the report prepared by the Parliamentary Research Commission for Coups and Memorandums and other documents requested from and provided by the National Intelligence Organization (MİT). In addition, the order was given for the related courts to provide the necessary paperwork to call in the former chief of MİT's Counter-terrorism Unit Mehmet Eymür and former İnönü University Rector Prof. Dr. Fatih Hilmioğlu to testify as 'witnesses.' The court also ruled that the remaining 13 suspects continue to remain in custody pending proceedings, which were postponed to March 4th.

In June, 2012, a new indictment was prepared on the Bible publishing firm murders in Malatya, maintained that the killings were organized by a clandestine organization within the armed forces which was allegedly established by General Tolon.

The Zirve Publishing House massacre took place on April 18th, 2007, when three employees, the German native Tilman Ekkehart Geske and Necati Aydın and Uğur Yüksel were found brutally tortured and knifed to death with their necks slit. The alleged killers are suspected to be a group of ultra-nationalists between the ages of 19-20.