'We are ready to collaborate with France’ 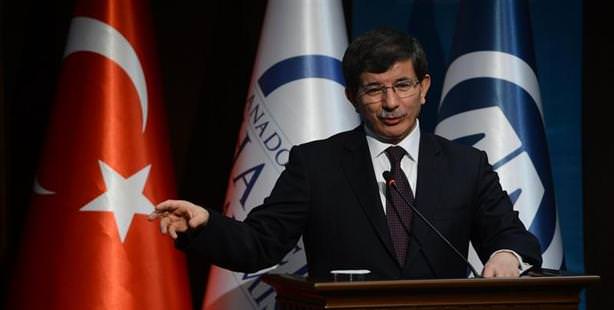 Foreign Minister Davutoğlu recently stated that they are ready and willing to work with France in any form of collaboration in order to shed light on the murders of three Kurdish women in Paris last week.

Speaking as a guest at the Anadolu Agency's (AA) News Academy and Financial Reporting Training Certificate program, Foreign Minister Ahmet Davutoğlu stressed the importance of shedding light on the Paris murders as soon as possible in order to reveal those circles that are still supporting terrorism.

Reiterating that Turkey is prepared to collaborate in any way in order to find the perpetrators of the assassinations that took place in Paris last week, Davutoğlu went on to deliver the following messages:

"We have been in close contact with France ever since the executions transpired. The channels of communication are wide open between our Ambassador and the French Ministry of Foreign Affairs.
We have two main objectives. The first is for the incident to be brought to light and the second is to prevent those circles with intentions of exploiting the situation from incurring harm to our Turkish nationals residing in France.

Light needs to be shed on this incident. By solving this issue, those circles which support terrorism and sometimes use these sorts of intra-PKK executions as an instrument will be revealed.

France needs to complete their national investigation. Turkey has told France time and time again, that we are ready to collaborate in any way possible," stated Davutoğlu.