All findings point to PKK in Paris murders 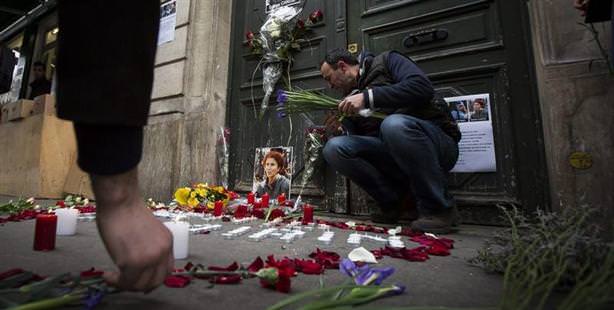 Police have detained two suspects, both males stated to be members of the PKK terrorist organization, in connection to the murders of three Kurdish female PKK members in Paris. One of the suspects, a 31-year-old male, is unable to account for 46 minutes that night and was found to have trace elements of gun powder on his coat.

French police appear to be making headway in a case surrounding the murder of three Kurdish women, including a founding member of the terrorist organization. PKK members Sakine Cansız, Leyla Söylemez and Fidan Doğan were found gunned down in the Kurdish Information building in Paris on January 9th. Last Thursday, French police detained two men for questioning, however have since then found gunpowder on one of the suspect's clothing. Police also found a partial DNA sample at the crime scene. During questioning, the younger suspect, born in Turkey in 1982, provided statements that were incompatible in terms of both times and locations to testimonies by others detained. As a result, suspicion surfaced regarding the suspect's whereabouts, which revealed he is unable to account for a 46-minute period of time on the night of the murders. The presence of gunpowder on his jacket in addition to video footage recovered by police showing the perpetrator entering and exiting the building numerous times carrying plastic bags, has increased suspicion of the detained 31-year-old's involvement.

AN INTERNAL JOB
According to an article published on the French 20minutes website, the murders may have been the result of an intra-PKK conflict and an attempt to derail the ongoing peace talks between the government and PKK leader Abdullah Öcalan.

Police investigating the incident state that it is "especially interesting" that the young man is said to have displayed psychological problems pertaining to women and being rejected in the past. In light of this information, police say it may be possible the intent behind the murders was personal. While according to the information obtained, the suspect has not accepted the allegations against him, today he and the other suspect held for questioning, a male also born in Turkey in 1974, will be facing court.