Killings confirmed to be result of intra-PKK executions 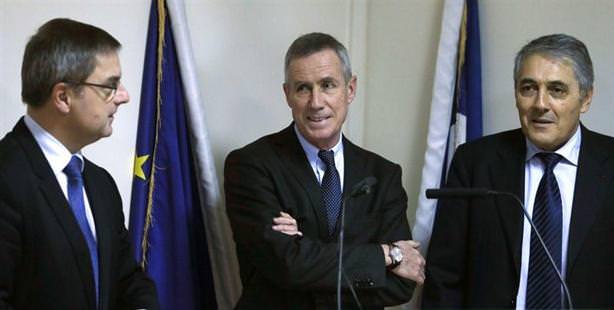 Ömer Güney, a suspect detained last week over the killing of three Kurdish female PKK members in Paris, was placed under formal investigation for murder on Monday. According to Paris Prosecutor Molins, Ömer Güney, who has been a member of the PKK for two years now, faces charges of “committing an assassination on behalf of a terrorist organization.”

Thirty-one-year-old Omer Güney, a Turkish national who hails from Sivas and was born in Şarkışla has been announced to be the prime suspect in the murders of three Kurdish women, PKK founding member Sakine Cansız, Fidan Doğan and Leyla Söylemez, who were found gunned down in the Kurdish Institute building in Paris on January 9th. Police took a second suspect into custody for questioning later last week, however on Monday Yüksel A, who was also a Turkish national and was born in Varto, Muş, was released, leaving Ömer Güney remaining as the prime suspect in the case.

The murders of the three female PKK members came at a crucial time just as the Turkish government was making headway in the ongoing peace initiative to bring an end to terrorism violence in Turkey.
French authorities made their first official announcement regarding the investigation into the assassinations during a press conference held at the Paris Courthouse last night with Paris Prosecutor François Molins and police chiefs Christian Lothion and Christian Flaesh.

Prosecutor Molins stated that the presence of a fourth glass in the office where the women were killed, led them to seek out who that fourth individual was and if they were the possible perpetrator. Molins went on to explain that video footage shows Güney exiting the building carrying a large bag. Molins also stated that Güney, who joined the PKK two years ago, served as Cansız's driver and assistant. Considered to be quite a prestigious position, Güney was also found to have withdrawn 1,000 Euros on behalf of Cansız on January 8th and when he was detained, 930 euros were found on his person. Traffic and security surveillance footage shows Güney and Cansız entering the building located at 147 Rue Lafayette at 11:29 and then his departure alone at 11:49. "Güney entered the building a second time at 12:11 and left at 12:56. According to the autopsy reports, the murder took place between 12:43-13:21. The presence of Omer Güney in the apartment within the time frame during which the triple murder took place, and without an explanation from him, gives us serious clues that suggest his participation in the acts committed on Jan. 9," Molins said.

Prosecutor Molins also pointed out that the finding of gunpowder on a bag belonging to Güney has only contributed to his being named the prime suspect in the killings. "Ömer Güney will be charged with "leading and committing an assassination on behalf of a terrorist organization or criminal organization." Molins also revealed that Doğan had been shot with four bullets, and Cansız and Söylemez were shot with three bullets each, all which were from a semi-automatic 7.65 millimeter weapon.

'HE IS NOT A HEALTHY INDIVIDUAL'

Commenting on the developments with SABAH, Memo Aydar, an administrative member of the French Federation of Kurdish Associations (FEYKA) stated, "He has been coming to our association federation for two years now. I saw him at the federation in Paris, but I do not know him well." Referring to Güney as not being a 'healthy individual' Aydar went on to state, "If the French police want to close the case in this manner and launch the incident as being an intra-PKK execution, they will not be able to convince anyone. The fact that he provided conflicting statements is because he is not a healthy individual," stated Aydar.