100 attempts made to assassinate Erdoğan over the decade 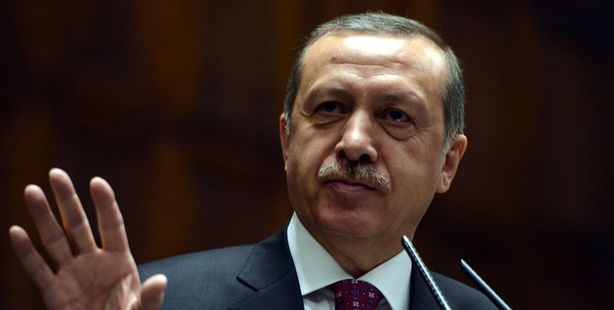 Just prior to stepping down from his post yesterday, former Interior Minister Şahin responded to a parliamentary query motion posed by CHP deputy İnce when he said that seven assassins targeting the prime minister had been arrested.

After the long-anticipated announcement of a cabinet revision yesterday, former Interior Minister İdris Naim Şahin made responding to CHP Group Deputy Chairman Muharrem İnce's query motion in parliament one of his final duties. His answer however revealed that there have been a number of assassination attempts made on the lives of both President Abdullah Gül and Prime Minister Erdoğan over the past ten years.

İnce had submitted a parliamentary query directed at Prime Minister Tayyip Erdoğan asking if he had ever been subject to an assassination attempt. Responding on behalf of Erdoğan, Şahin's answer was striking. Şahin preempted his response by stating that they were able to pre-empt assassination attempts and planned attacks on President Gül, Prime Minister Erdoğan and other government members through a series of preventative measures over the years. Şahin went on to state, "Attempts to drag our nation into an environment of chaos have been prevented. Seven individuals who have made assassination attempts on our prime minister at various times and in various locations have been apprehended." According to the information obtained, there have been 12 assassination attempts made in connection to the incidents referred to by Şahin in his response.

According to information uncovered by SABAH, there is a file kept in the Prime Ministry which contains all of the assassination pots targeting Erdoğan that have transpired since November 3rd, 2002. The file has classified these attempts according to the objective, the preparation involved and the type of attack as well as categorizes the perpetrators according to their affiliation, such as whether they were from radical left organizations, terrorist organizations or Ergenekon-like structures.

According to the file, there have been nearly 100 assassination attempts made targeting Erdoğan. These attacks were all pre-empted by the National Intelligence Organization (MİT) and the Police Department at the preparation stage and were prevented. When including unorganized or independent attempts on the prime minister's life, this figure rises exponentially to 342. Although these plots against Erdoğan were kept in the records, there were not announced publically. An increase in assassination attempts was noticeably evident following the year 2004 and reached a peak in 2007 during the critical era of presidential elections.

According to the information obtained, two assassination plots staged by the the leftist militant group the Revolutionary People's Liberation Party-Front (DHKP-C) terrorist organization on different dates in Istanbul were foiled. On February 15, 2008 the Istanbul Police Department staged an operation on the DHKP-C in Istanbul's Fatih district. The operation, which involved tracking the organization for a year prior, was conducted earlier than planned when information surfaced that they were plotting to assassin Erdoğan. The operation uncovered a cell house, which contained detailed maps and documents containing information regarding Erdoğan's security detail, residence and offices. When police delved further into the investigation, a second DHKP-C cell was uncovered on March 5th, 2008. In an operation, police confiscated a Kalashnikov rifle, two pistols, a pipe-style bomb mechanism and remote deactivation system as well as 25 kilos of chemical substances. Five suspects were detained in the two operations and warrants were issued for their arrest.

This is a translation of an article originally written by Yahya Bostan and Alper Sancar.