Turkey lifts yet another strange regulation 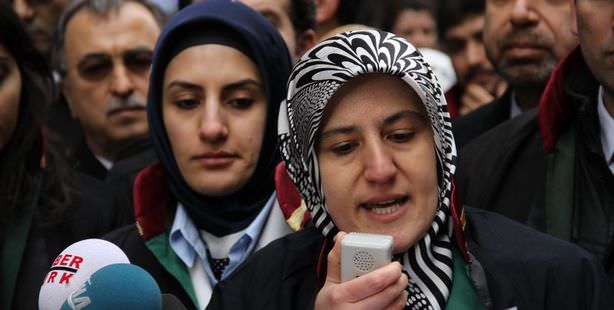 The Council of State ruled on Thursday to suspend the implementation of a regulation which banned practicing law while wearing a headscarf in the code of practice established by the Turkish Bar Association.

The Council of State's 8th Department ruled yesterday to halt the implementation of an article in the "Bar Union's Code of Practice" which stipulated that lawyers may not wear headscarves in photographs taken for identity cards.

The ruling comes as a result of an appeal filed by Figen Şaştım, a lawyer who has been practicing law in Turkey for 17 years now. Şaştım, who in the past would wear a wig to have her identification card photograph taken, submitted a photograph of herself wearing a headscarf when the Turkish Bar Association switched to a new "smart card" system over a year ago. The bar refused to grant her an identification card, citing Article 20 of the "Code of Practice" which bans the wearing of headscarves.

Şaştım filed a case with the Council of State to cancel and suspend the application of Article 20. Winning the appeal, the Council of State referred to an international agreement which states that no one should remain subjected to pressure which infringes on their freedom of religious beliefs.

The court stated that although there was no direct regulation in regards to photographs used in the code of law, the understanding that attorneys are solely public servants was misconceived. The ruling states that the prohibition of headscarves, under the stipulation that practicing law is entirely a public service, is not a requirement for attorneys.

The court ruling noted that lawyers are individuals conducting an independent business and therefore are not subject to regulations enforcing the prohibition of headscarves in public service.

"The article in which this case is based on, contains a regulation which has no basis and could lead to the open violation of the right to religious beliefs and the rights and liberties of employment as dictated by our constitution as well as other international agreements we are partial to," stated the ruling.

'I AM AGAINST DISCRIMINATION'

Attorney Figen Şaştım spoke with SABAH about the recent ruling and expressed how pleased she was with the outcome. "This has reaffirmed my belief in the superiority of the law. This was a practice of mobbing against rights and liberties. I am against all forms of discrimination, not just when it comes to wearing the headscarf."