“Our military officers could have been released pending trial” 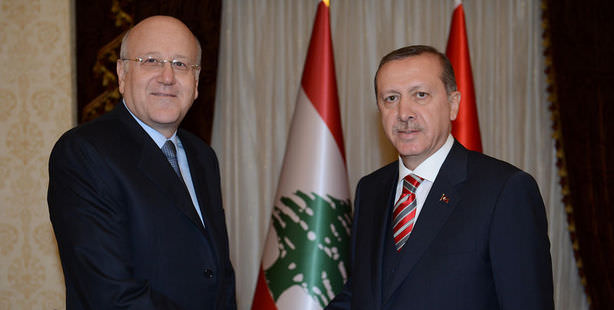 Prime Minister Erdoğan recently criticized the lengthy pre-trial detention of high-level military members, stating that the third judiciary package that was passed allows for trials to be held without suspects being detained. “Yet, our pashas, officers and sergeants who have provided testimonies of their own accord are still being held in custody until they face trial. This is an understanding that needs a change to be imparted,” says Erdoğan.

During a joint press conference with Lebanese Prime Minister Najib Mikati, Prime Minister Recep Tayyip Erdoğan stated that the third judiciary package already paves the way for suspects to be released pending trial, and therefore they do not need a new reform package. "What is needed," states Erdoğan "is a new understanding."

(Erdoğan was asked if there would be any new regulations put in place in regards to the military members being detained pending trial.)

"As far as I know this was an issue that was solved through the third judicial reform package. Our intentions are not to intervene in the judiciary. Our only objection is to the lengthy pre-trial detentions. We did all that we could with the third judiciary package, which made it possible for those who have been kept in detention to be released pending trial.

We brought on a 'justified condition' for detention pending trial in the third reform package, which in effect paved the way for defendants to be released pending trial. However, unfortunately these changes are not timely implemented, which causes contention when it comes to lengthy pre-trial detentions.

I truly hope that the judiciary will speed up this process and take the necessary steps to do so as soon as possible. Yet, our pashas, officers and sergeants who have provided testimonies of their own accord are still being held in custody until they face trial. However, they could have been released pending trial. Our active-duty officers and sergeants were all called in to testify and they all responded, only to be arrested thereafter. There were very few who were actually released pending trial.

There are now close to 400 retired and serving officers inside. We do not necessarily need additional reforms to be added to the fourth judiciary package; yet I do believe that this understanding needs to be changed. The decision however should of course come from the judiciary.

We have no authority to intervene with the judiciary on this issue. However, as a political obligation, as someone who as the prime minister carries great political responsibilities and is involved in the legislation that runs the nation, I have to comment on this situation. That is because there are comrades who I have worked with together in the command echelon. I know their situation and I am also aware of the sensitivities surrounding this issue, therefore I say they could be released pending trial. Then later, a ruling will be made and dependent on what the outcome is, that decision will then be executed is how I feel," stated Prime Minister Erdoğan.