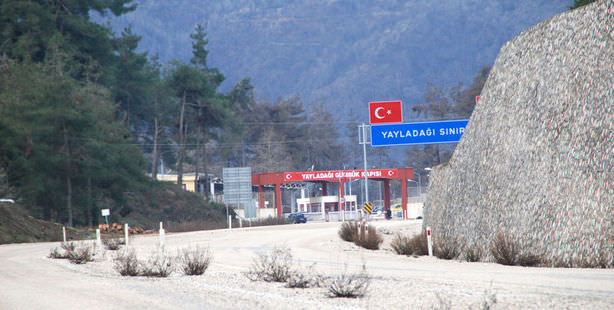 Turkish police have foiled an attempt by four Syrian special agents to abduct a dissident lawyer in Hatay.

Following a firefight between Turkish security forces and four Syrian agents, police were able to detain three and save the lawyer, who is said to be a prominent figure for the opposition and was identified by the initials M.E.

Four Syrian agents, who entered Turkey illegally, broke into a home in the Antakya district of Hatay province and kidnapped a prominent Syrian dissident lawyer. The abductors tied the lawyer up by his wrists and forced him into a car with the intentions of bringing him back to Syria. While headed to the Yayladağı Customs Gate, the group got out of the car with the lawyer and began heading into a forested area on foot. Upon receiving a tip, police tracked down the car and warned the group to stop.

When the Syrian agents responded with fire, a full-on firefight erupted with police forces. After the short clash, two of the Syrian abductors were caught wounded. Police then tracked down the other two Syrian agents which began running towards the border. Police were able to catch one of the agents in the chase, while the other managed to cross over the border. The injured parties were taken by ambulance to the hospital. M.E., the lawyer for a number of prominent cases in Syria, managed to escape in the operation unharmed. Police later detained five Turkish nationals who were stated to have connections to the Syrian agents and were implicated in the failed abduction. In an inspection of the scene of the armed clash, police found a Russian-make hand grenade, a nine millimeter gun, a single charger and six cartridges as well as a number of empty casings.