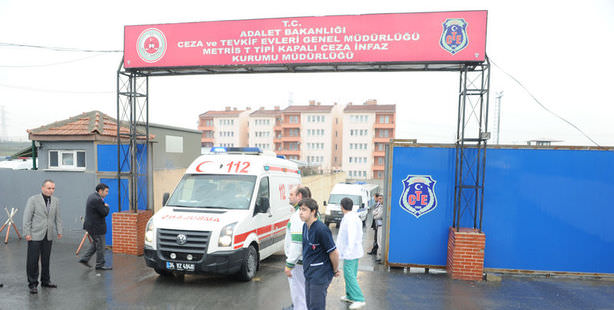 With the law that made a number of lenient changes to the Code on Criminal Procedure (CMK) and the Law on the Execution of Punitive and Security Measures and was passed in parliament on January 25th, 15,000 convicts have begun to return home.

President Abdullah Gül approved the amendment of Article 250 on Wednesday evening after which it was entered into and published by the Official Gazette. The following is a list of some of the changes made in the amendment, which will allow suspects to provide a defense in their mother tongue as well as with conjugal visits.

RELEASES HAVE BEGUN: Convicts who have acquired the right to switch to an open prison will no longer be required to stay a mandatory six months before they are discharged. According to the new regulation, convicts who have a year or less to serve before they are released on probation will be able to be released on supervised probation in which they will have public service duties. Approximately 15,000 convicts will benefit from this amendment to the Criminal Code.

DELAYING SENTENCES: Sentences of less than three years (if intentional) and up to five years (for cases of negligence) may now be postponed up to two times by the prosecution. Those sentences for crimes pertaining to terrorism of criminal organizations will not be eligible for their sentences to be postponed.

400 HEAVY PATIENTS TO GO HOME: Sentences may also be postponed for those suffering heavy illnesses or handicaps. Accordingly, those who are unable to take care of themselves and do not pose a threat to society will be able to receive treatment at home after which they will return to complete their sentences. There are nearly 400 convicts that currently fit this description. The Metris Penitentiary will also be opening up a special clinic for mass murderers and other convicts that do pose a danger to the public enabling them to receive treatment.

RIGHT TO A DEFENSE IN MOTHER TONGUE: The new amendments also include a law allowing defendants to use their mother tongue in court.

This is a translation of an article originally written by Uğur Becerikli and Deniz Derin.