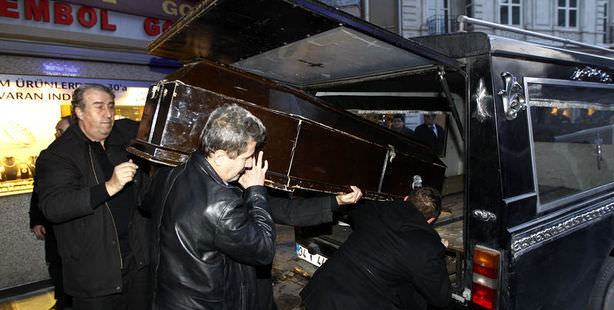 The court has issued a subpoena for blood and DNA samples to be obtained from 21 different individuals in connection to the death of the 33-year-old American tourist, Sarai Sierra. Out of those questioned and subsequently released, three were stated to be Iranian citizens.

As police continue to investigate, they have now honed in on footage from Cankurtaran which show Sierra disappearing somewhere between two city surveillance cameras. Sierra last made contact with a friend in Istanbul to make plans to meet on January 21st on the Galata Bridge. Police have been tracking down footage of Sierra on that day and have recovered imagery of the avid photographer heading from Galata Bridge into Eminönü and then later reaching Sirkeci.

At 13:15 on that Saturday, Sierra is seen heading along the shore from Sirkeci to Sarayburnu, however, her tracks are suddenly lost by cameras set up in the opposite direction. Cameras failed to capture imagery of Sierra at the lights in Cankurtaran and police are now leading their investigation based on this finding.

HER BODY HAD BECOME TO DECOMPOSE

During a site search of the Cankurtaran district, a police officer noticed a body camouflaged by a blanket. Sarai Sierra's body is stated to have undergone significant decomposition. Although she showed no signs of any sort of knife wounds, Sierra's pants and underwear were missing.

One of the police officers who initially found the body spoke with Sabah: "Her face was black. A significant part of her body had decomposed. Her head had been seriously crushed. Her bottom half was naked. She had a pink tank top on. The body had obviously been left there for awhile now."

According to a preliminary report from the Forensics Institute, there was no evidence of rape. Sierra's husband Stevens Sierra and her brother David Jimenez were accompanied by U.S. Consulate officials to provide statements for both the Police Department and the Chief Public Prosecutor's Office.

COVERED BY A PIECE OF WOODS AMONGST THE CITY'S ANCIENT WALLS

Police continued to search for evidence yesterday that will assist in the ongoing investigation into the death of the 33 year-old American mother of two and amateur photographer Sarai Sierra, who went missing in Istanbul over two weeks ago only to have her dead body surface amongst ruins of the city's ancient walls on Saturday. In an effort to facilitate the ongoing investigation to find the person responsible for Sierra's death, police used mowers to clear out the area and brought in K9 dogs to search for the murder weapon and the victim's missing iPad and cell phone.

One of the first policemen to find Sierra's body said that it had already been infested by worms. "We find the body in a vestibule-like area of the ruins. In an effort to hide the body, it had been placed in a small vestibule that only had one entrance. Her body was covered with pieces of wood collected from the vicinity. Half of her head had been crushed by a stone or a similar murder weapon. Her body had obviously been there awhile because it was showing signs of decomposition. She had bruises on her knees and there were signs of blows all over her body. This is evidence that she may have fought against her assailants."

A blanket found two meters away from the body is thought to belong to the suspect. Supposedly, large stones were thrown onto Sierra's body and a stone with blood was also found near her corpse.

This is a translation of an article originally written by Nazif Karaman, Ali Balcı, Emir Somer, Deniz Derin.