“We are patient, but only up to a point” 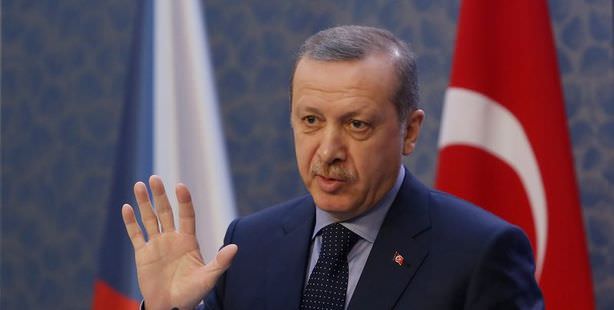 Erdoğan doled out harsh criticism of the EU during his stay in the Czech Republic: “There is absolutely no deviation in our EU objective. The problem is the EU. We are patient, but only up to a point.”

Speaking from the Czech Republic, the first stop of a three-country tour of Europe, Prime Minister Tayyip Erdoğan delivered a series of historical warnings to the EU.

Erdoğan delivered the following series of messages during a press conference held after a meeting with Czech Prime Minister Petr Nečas and during the Turkish-Czech Republic Business Forum:

NEW BARRIERS ARE FORMED: "Turkey has been trying to become an EU member since 1959. The problems that Turkey faces in EU negotiations are not Turkey's, they stem from the EU. For the past ten years, we have recorded 5.3 percent growth. We feel that since we are obviously a global nation, there shouldn't be anywhere that we cannot go.

EUROPE NEEDS US: "I am honestly stating that the EU's obstacles, set up despite Turkey's potential and possibilities, will not hurt Turkey, they will only directly harm the EU. Today, Turkey no longer needs the EU, the EU needs Turkey."

TURKEY'S CONTRIBUTIONS: "Turkey could contribute to preventing the growing economic crisis in Europe. Why? Because the 1.5 billion Islamic world expects, wants and supports Turkey entering the EU. This offers a serious potential. Turkey could also contribute against the rising racism in Europe. Turkey could also ensure Europe's connection with an extremely wide geography, including the Middle East. It would be to Europe's benefit if leaders would evaluate Turkey based on this great potential and not on temporary political concerns."

THERE IS NO DEVIATION IN OUR EU OBJECTIVE: "There is absolutely no deviation by our government on our EU goals. We are not becoming disinclined. We are also not seeking out new venues. However, we are sad. I bring up the issue of joining forces with the Shanghai Cooperation Organization, yet this bothers some. Why does this make you uncomfortable? Is the Shanghai Cooperation Organization an alternative to the EU? It is a different structuring and the EU is a different structuring."

IT IS UNFORGIVABLE: "To string Turkey along for this long is unforgivable. They ask them, why is it that you have let a nation like Turkey wait at your door for 54 years? Is there something that Turkey has not done or is not able to do? All they mention is the 1963 Ankara Agreement. If you ask them to look a little further, they of course don't want to."

COME, LET'S FINISH THE JOB: "You may not have accepted the Turkish Republic into the EU; however there are five million Turkish citizens that reside in EU nations. You haven't accepted us officially; however Turkey has already entered the union through its citizens. We say, come and let's finish the job."

A 'BLANK CHECK' FROM THE CZECH'S:

Czech Prime Minister Necas offered his full support for Turkey's EU accession process. "We believe that the EU needs to widen through including Turkey. We are greatly saddened by negotiations entering a bottle neck. We were pleased to see signals from France that negotiations may begin again," stated Necas.

TERRORISM WILL ONE DAY BURN THE HAND THAT FEEDS IT'

Prime Minister Erdoğan also commented on the recent bombing of the U.S. Embassy in Ankara by stating, "A terrorist attack was made on the U.S. Embassy in Ankara. The suicide bomber who stage the attack and a security guard who worked at the embassy were killed. A journalist comrade of ours (Didem Tuncay) was heavily wounded. Our security and intelligence departments are investigating the incident. However, the fact that they have already determined who was connected to the attack has pleased us."

WE DON'T RECEIVE THE NECESSARY SUPPORT: Erdoğan also called out member nations of the European Union who refuse to expedite wanted terrorists despite bilateral agreements to that effect. "Hopefully, if any dark points remain, and there may be, and in fact they may continue in a chain reaction, then we believe they will be brought to light as soon as possible. After this event and others in the past we have continued with perseverance to call on and warn European nations.

Erdoğan went on to explain that the suicide bomber who staged the attack on the U.S. Embassy was residing in Germany and had entered Turkey illegally. "The terrorist who was killed in Paris was also wanted by Interpol. When she was detained in Germany, we requested her extradition, however they didn't hand her over. When it was established that she was in France, we notified the French government in writing, however never received a response. We need to stage a joint fight against terrorism in order to succeed. Europe now needs to put distance between itself and terrorist organizations as well as terrorists. This terrorism is such a fire that not only does it burn the place it hits, but it also will eventually burn the hand that feeds it to the same degree. We are now expecting Europe to display a sincere stance and a sincere sense of solidarity."