Sarai Sierra’s body to be returned to the U.S. as autopsy report awaits 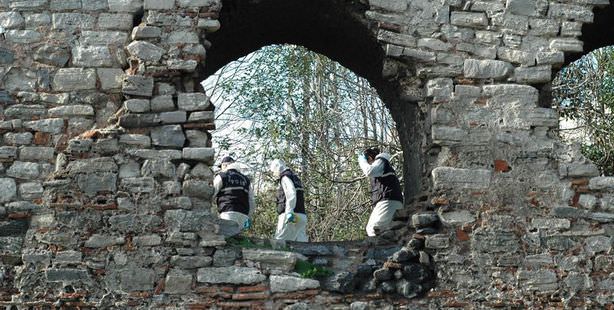 Sarai Sierra, an American tourist whose body was found in the ruins of Istanbul's old city wall on Saturday, was murdered by a blow to the head stated the city's police chief, however the official autopsy report will not be released for another three months.

Sarai Sierra was a 33-year-old American mother of two children, aged 9 and 11, and avid photographer who travelled to Istanbul alone after a close friend had to cancel her trip. She was in regular contact with friends and family during her vacation and told them of her plans to take photos of Galata Bridge on January 21, the day she went missing. Sierra never boarded the plane home and a widespread investigation began to find her.

Sierra's husband, Steven Sierra and brother David Jimenez are still in Istanbul after arriving last week to assist in the investigation. Sierra's body was found on Saturday, in area of remnants of the old city walls. Her husband, Steven Sierra identified her body late on Saturday at an Istanbul morgue. Although the autopsy has been completed, it will take three months for the official autopsy report to be released, the time frame being due to its sensitive nature. However, Turkish police have said the mother-of-two died from a blow to the head.

U.S. Congressman Michael Grimm recently said the FBI is also involved in the investigation into Sierra's death and that the law enforcement agency had been invited by Turkish authorities to assist in the case. Speaking at a press briefing on Monday alongside Sierra's parents, Mr Grimm said: "Our number one priority right now is bringing Sarai home."

Sierra's body was taken to the morgue of an Armenian Church in Istanbul's Beyoğlu district. Her husband Steven Sierra intends to accompany her body back to New York and is trying to work on funding the costs. Their family have put Sierra's photographs up for sale over the internet to fund the cost of the funeral.

Police are still trying to piece together what happened to Sarai Sierra and are combing through hours of city surveillance footage. DNA samples will be collected from 21 different suspects and will be compared to scrapings found from Sierra's nails. Police are investigating the possibility that Sierra was killed elsewhere and her body moved to Sarayburnu, the area where she was found.