Who is to pay the costs of the Patriots? 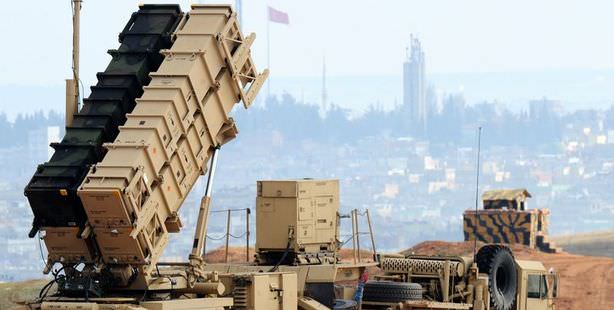 How the costs of the Patriot anti-missile defense battery systems being deployed to Turkey will be dispersed has finally been clarified. The transportation of the battery systems to ports in Turkey as well as all maintenance and catering costs will be paid for by the nation sending the Patriots. Accommodation, infrastructure and domestic transportation costs will be fronted by the Turks.

An agreement has been reached on how to disperse the costs between the countries supplying the Patriot missile systems and Turkey, where they are being positioned in order to diffuse any threat of chemical weapons being used by Syria.

According to the agreements reached with each country separately, the nations providing the Patriots as well as deploying soldiers to accompany them will be responsible for taking on all kinds of repair and maintenance costs. The transportation costs of the Patriot's once they arrived to Turkey's ports as well as all accommodation and security necessities will be covered by Turkey.

Minister of National Defense İsmet Yılmaz relayed information on the Patriots to the Turkish Grand National Assembly on Tuesday. Yılmaz said that the Patriots would be able to provide an effective defense against warplanes, mid and long-range ballistic missiles, missiles detonated from ships as well as against unmanned aerial vehicles.

Yılmaz also underlined the fact that all expenses related to the transportation of the Patriot batteries to Turkey and their operations were to be covered by the deploying nation and went on to state, "The nation sending the Patriot systems will be responsible for the cost of transportation, including food and all other personal expenses for the soldiers accompanying the anti-missile systems. Turkey will be in charge of infrastructure for the area where the batteries will be stationed, such as for road construction, ground improvements, lighting and security, fire extinguishing services, accommodation and other miscellaneous costs, offices and recreational areas, domestic transportation and communication, temporary storage at the ports of docking and security and all transportation from Turkish ports to where the systems will be stationed, all emergency aid services and official communication needs as well as the stationing of officers fluent in English in the regions where the batteries will be positioned, will all be Turkey's responsibility. As for the soldiers' food and other services such as laundry; that will be covered by the deploying nation," stated Yılmaz.

READY IN FULL ON FEBRUARY 8

National Defense Minister İsmet Yılmaz also announced that as of January 30th, 2013 the stationing of the Patriot systems and all related personnel deployments had been completed.

Yılmaz says that the battery systems deployed by Germany and the Netherlands are now fully operational and the Patriots from the United States are expected to reach their full operational capacity within the week. According to the information obtained, the Patriots will be operating integrated with one another and all systems will be fully operational by February 8th.