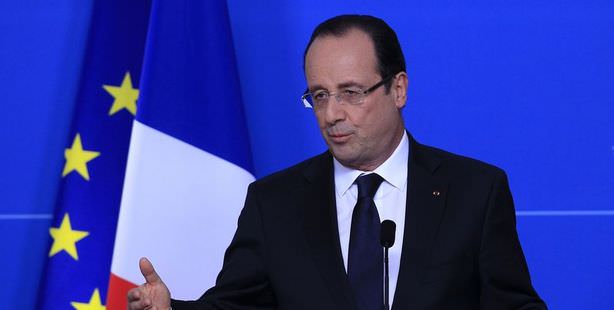 French President Hollande, who has been extended an invitation to visit Ankara, has given directives to French diplomats to seek an answer to the question; “How can we conduct relations with Turkey on a different axis without disregarding our own domestic policies?”

French President Francois Hollande has initiated a special study on France-Turkey relations for his pending trip to Turkey. While Ankara hopes to host Hollande in the first half of the year, Turkey has not yet received the green light from Paris. However, under Hollande's directives, French diplomats are now working on ways to conduct relations with Turkey from a different axis, without veering from the nation's own policies.

The main topics France will be evaluating in order to turn a new page in relations with Turkey are as follows:

Even if France refrains from outright supporting Turkey's EU accession, it will not pose an open obstacle as was done during the Sarkozy era. France is therefore aiming to lift the veto set on each chapter one by one. However, Ankara has yet to receive clarification of when exactly said veto will be lifted on chapters blocked by France.

The "Armenian genocide" issue appears to be the most significant parameter in bilateral relations. The fact that Armenia's ARF Armenian Socialist Party, like Hollande's Socialist Party, are members of Socialist International and therefore their constituents in France harbor close relations with Hollande seems to have deadlocked the issue. Hollande received a lot of support from Armenians during his presidential campaign. Prior to being elected, Hollande vowed he would revisit the genocide issue. It is these votes from the Armenian community that plays a crucial role in France's relations with Turkey.

There are concerns that it may reflect negatively if Hollande pays a visit to Turkey prior to the 2014 European Parliament elections, therefore the notion that he may make a trip within the year 2013 is now gaining precedence. However, Ankara will be closely following the stance Hollande chooses to take on April 24th, Armenian Genocide Remembrance Day.

With 2015 considered to be the centennial of the so-called 'genocide,' Hollande will be aiming to not delay his trip to Turkey for too long. Meanwhile, efforts have begun in France to open Europe's first and only "Armenian Genocide Memorial Museum" in Sèvres in 2015, a location which also holds high significance for Turkey.

France is also seeking to regain the economic market it lost with Turkey.