What is Davutoğlu’s Middle East plan? 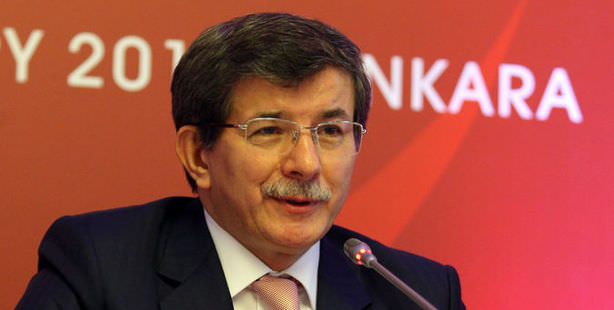 To someone holding a hammer, all of the questions appear to be nails. The missiles in the Assad regime’s hands are being rained down on the Syrian public which they are now perceiving as nails. So, what kind of policy is Turkey taking on against the civil war in Syria, a nation that shares its longest border?

During an over three-hour discussion with Foreign Minister Ahmet Davutoğlu held last week on a trip to Paris, I saw that Turkey is approaching the developments from a much wider perspective.
Davutoğlu said, "Throughout history, the Middle East has been revolting against the political geography developing externally." After this weekend's article by Thomas Friedman in The New York Times (also released in Turkish in Sabah), by placing Davutoğlu's statement next to Friedman's we are better able to understand just what the Foreign minister was intending to say.

Friedman says: "Indian officials tend to think in centuries, not months, and they look at the map of the Middle East without any of the British-drawn colonial borders. Instead, they only see old civilizations (Persia, Turkey, Egypt), old faiths (Shiites, Sunnis and Hindus), and old peoples (Pashtuns, Tajiks, Jews and Arabs) — all interacting within long-set patterns of behavior."

As a state, Turkey of course respects all political borders however at the same time he looks at the region based on centuries and therefore necessitates a profound approach to foreign policy.
In 2011, a visit by Prime Minister Tayyip Erdoğan as the first Sunni Muslim leader to the tomb of Imam Ali in Najaf, acted as an antidote to a Shiite-Sunni conflict in the region.

The individual visits Davutoğlu has paid to each of the Middle Eastern Christian patriarchs as well as relocating Christian families seeking escape from Syria to Midyat, is all a result of this ancient perspective.

This geography has great experience of living together. The borders drawn up by those who hold a measure tape and the approach to solutions by those holding a hammer do not fit in this geography. A permanent solution could be reached by an economy that renders the borders meaningless and a mutual cultural connection.

This is a translation of an article originally written by Alparslan Akkuş.