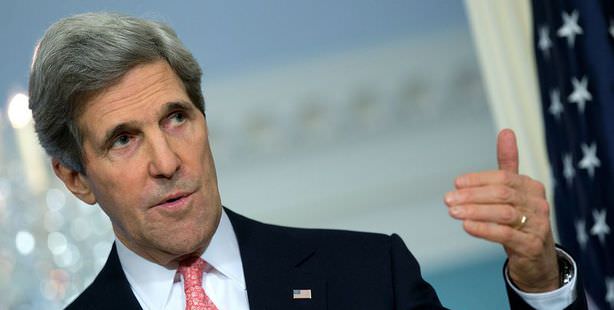 The United States’ new Secretary of State John Kerry, who has replaced Hillary Clinton, will be arriving to Turkey on March 1st.

The fact that U.S. Secretary of State John Kerry's scheduled date to visit Turkey overlaps with the tenth anniversary of the day that Turkey's Grand National Assembly released the March 1st motion to refuse to allow American soldiers be deployed to Turkey to open a northern front into Iraq in 2003, is pure coincidence.

U.S. Secretary of State Kerry will be beginning his first trip abroad in the position by visiting the European nations England and Italy after which he will arrive to Turkey. Kerry is expected to later move on to Israel.

While in Turkey, Kerry will be hosted by Foreign Minister Ahmet Davutoğlu. Kerry has inferred that he has new ideas on the Syria crisis, which he is expected to reveal during his trip to Turkey.