"France’s change in attitude is positive” 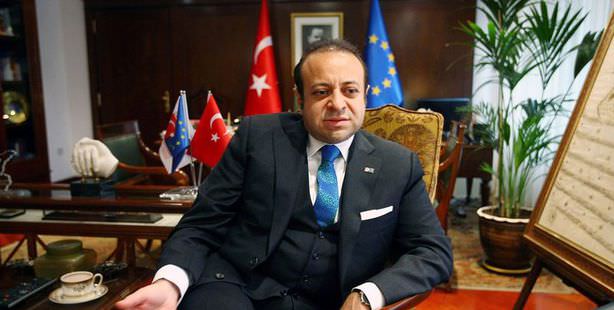 EU Minister and Chief Negotiator Egemen Bağış says that Turkey is pleased by France’s change in attitude regarding its EU membership process.

In an interview with the French news agency Agence France-Presse, Bağış commented on France's decision to assist in opening Chapter 22 in Turkey's EU negotiation process. "This is what needed to be done. It doesn't make any sense to block Turkey's EU membership process. Turkey is well aware that France's new President is much more rational."

VISAS SHOULD BE LIFTED

Minister Bağış, who departed for Paris yesterday, also said that during his meeting with France's Interior Minister he would be relaying their request that France lift visa regulations for Turkish citizens. Today, Bağış will meet with France's Minister for European Affairs at the Ministry of Foreign Affairs Cazeneuve in Paris.