Zana: This opportunity should not be wasted 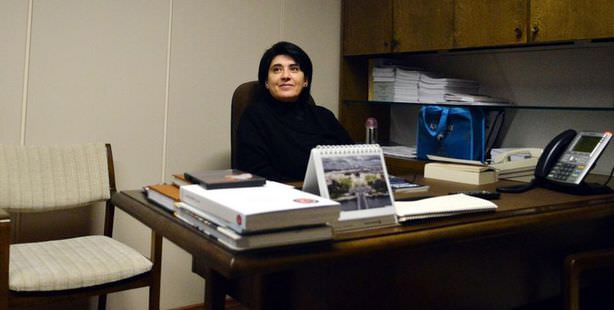 Independent Diyarbakır MP Leyla Zana provided a rare interview for The New York Times which was released on Tuesday and entitled, “A woman, a Kurd and an optimist,” in which she provided her assessment of the government’s ongoing peace initiative.

Leyla Zana is a well-known Kurdish political figure that has long fought for the rights of Kurds and women and has been imprisoned in the past yet is now an elected independent deputy for the southeastern province of Diyarbakır, where she was born. In a rare interview, Zana, who last year also paid an unprecedented visit to Prime Minister Tayyip Erdoğan, whom she says she believes will be able to solve the Kurdish issue that has been ongoing for decades now, remarked on the ongoing peace initiative between the state and the imprisoned PKK leader Abdullah Öcalan.

"In Turkey today, the death tolls on both sides hurt society as a whole. The funds of this country, billions of dollars, are spent on this conflict. The necessary condition is set for the Kurdish question to be solved; this opportunity should not be wasted," said Zana.

Leyla Zana also admitted that the struggle has indeed yielded results, "however," she states, "This is good, but not enough. Turks are now newly beginning to understand Kurds. I have faith in Turks and Kurds," stated Zana.

Turkey launched tentative negotiations with the PKK leader Öcalan in his jail on Imrali Island near Istanbul in October, drawing up a framework to end a conflict which has killed more than 40,000 people.

Prime Minister Tayyip Erdoğan has made clear that a group of prominent Kurdish deputies who had been filmed embracing militants would be barred from meeting the head of the PKK, deemed a terrorist group by Turkey, the European Union and the United States.

Parliament's pro-Kurdish Peace and Democracy Party (BDP) appeared to have bowed to that pressure by proposing three MPs rather than the party leaders they had initially intended. The Ministry of Justice has confirmed that the delegation that will visit Öcalan on Saturday will consist of non-Kurdish leftist film-maker Sirri Süreyya Önder, Altan Tan, who has an Islamist background, and Pervin Buldan, a long-time Kurdish female activist.