Israel was there intending to kill peace activists 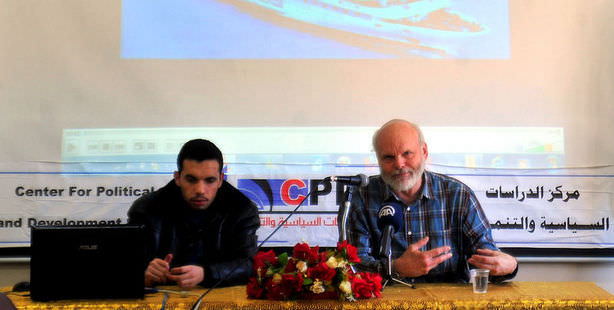 Canadian national Kevin Nish, who was one of the peace activists aboard the Mavi Marmara ship that was raided by Israeli forces, told a symposium in Gaza, “Israel intended on killing in that attack. The nine people that died on the ship were shot down at close range.”

Speaking at a symposium in Gaza, Canadian Kevin Nish said, "They checked our identification at the Ashdod Port. When they realized during the process that Sheikh Raid Salah was still alive, they were surprised because Salah's name had been included in the "to kill list."

The court has resumed for the second hearing in the trial in absentia of four Israeli commanders, Israeli Defense Forces (IDF) Chief of General Staff General Rau Aluf Gabi Ashkenazi, Naval Forces Commander Vice Admiral Eliezer Marom, Israel's military intelligence chief Major General Amos Yadlin and Air Forces Intelligence head Brigadier General Avishai Levi for their involvement in the May 31st, 2010 raid by Israeli forces on the Mavi Marmara aid flotilla which was delivering aid to Gaza, and the killing of nine passengers on board.

The second hearing in Turkey's trial of the Mavi Marmara raid commenced on Thursday at Istanbul's 7th High Criminal Court at the Çağlayan Courthouse. Lawyer Gülden Sönmez made an announcement during a court recess, in which she stated, "The Mavi Marmara criminal trial in Turkey has resumed today. Victims are being heard today in the hearing at Istanbul's 7th High Criminal Court Çağlayan Courthouse. There are a significant number of attorneys, relatives of those killed and other passengers who were aboard the ship during the raid present. Up until now, a few members of the ship's crew have been heard. During the hearing they explained how they were forced at gunpoint to pull in the ship to the Ashdod Port. Passengers on board have also all reiterated accounts of the Israeli armed intrusion and the violations rendered, such as handcuffing and mistreatment in prison and at the airport. Testimonies will continue to be heard in court," said Sönmez who also commented on the insufficient size of the courtroom for this scope of trial. "Unfortunately this trial is being held at the 7th High Criminal Court today in a room that is not large enough for the number of plaintiffs. As you know, there are over 700 victim plaintiffs, some of which reside abroad. Unfortunately many were unable to attend today's hearing because the court room was too small and this hearing session is only one day long," stated Sönmez.

Having lost his father Cengiz Songur in the Mavi Marmara raid, İsmail Songur said, "The Mavi Marmara was absolutely not a ship that departed with the intentions of supporting a terrorist organization or intervening with the political order there. The Mavi Marmara's sole intentions were to provide comforts for the oppressed Palestinians under a blockade. My father was on that ship. The most important characteristic of that's ship was that there was a law of brotherhood. I saw my father on headline news reports about five or six hours after the raid and they were giving him a heart massage. He was hurt and I was in shock. In our last conversation we talked about the fact that at most he might be arrested and have to spend a few months in jail before being deported. However, as you can see, Israel had planned this out days in advance. In other words, similar to a terrorist organization they planned this. They had previously set up hospitals, toilets and questioning rooms," stated Songur.

Calling the trial a historical first, Songur said, "Now the entire world and especially Europe has witnessed that a massacre transpired on the Mavi Marmara. They see the embargo Israel has in place.

In conclusion, this case is a historical first, because before people's mentality was that Israel was a state that cannot be tried. Israel was considered to be even bigger than the USA. However, we know that there is a God that is much greater than Israel and the states. The process has now begun and from here on out it will only gain more in significance," said Songur, who went on to emphasize that Israel needs to lift the blockade on Gaza.

"Israel needs to realize that they can no longer maintain order through oppression or bloodshed. This needs to come to an end somehow. We absolutely have no desire for an apology or compensation. What we want is for the embargo on Gaza to be lifted," said Songur.