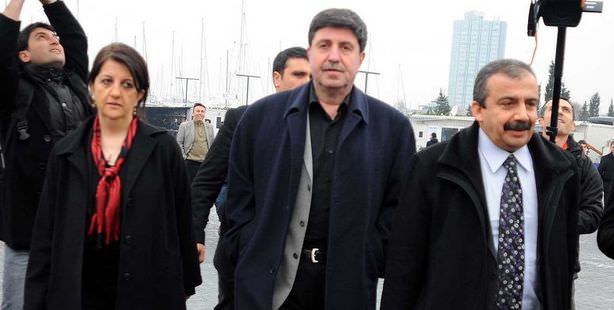 The long anticipated second meeting between a delegation of specially selected members of the BDP and Abdullah Öcalan takes place today on İmrali Island where the PKK leader is serving out a life sentence. According to the schedule presented to the government, the PKK will put an end to staging armed attacks this winter and will relinquish all weapons by the spring.

The delegation, which was granted special authorization by the Ministry of Justice to hold deliberations with Abdullah Öcalan, will hear out the PKK leader's proposed roadmap for the government to put an end to the issue of terrorism in the country. Öcalan will also be passing on letters to Kandil, the terrorist organization's European administration and to the public via the BDP delegation, which will be responsible for directly contacting the organization.

The main item on the agenda of the ongoing negotiations with Öcalan is ensuring the PKK drop their weapons for good. Today's delegation is expected to solidify the schedule previously proposed to the government, that the PKK, which has already halted attacks due to the harsh weather conditions, will begin dropping their weapons in the spring. According to Öcalan, by making direct contact with the terrorist organization and its supporters, today's delegation will facilitate the exit strategy of terrorists from the country and the organization's relinquishing of their weapons, anticipated for spring. Öcalan will relay the fact that he has received confirmation that all necessary preconditions for the organization's exit from Turkey will be facilitated.

How deliberations will continue and what steps are to follow will be determined upon today's return of the second delegation. The first meeting between Öcalan and Kurdish politicians as part of the ongoing peace talks, took place on Jan. 4th when Ahmet Türk and BDP deputy Ayla Akat Ata visited İmralı.The delegation headed for İmralı at 8:30 am Saturday morning, departing the Ataköy-Marina port and was accompanied by members of Turkey's National Intelligence Organization.

Once the delegation returns later today, they will be meeting with BDP co-chairs Selahattin Demirtaş and Gültan Kışanak. The delegation will decide their next step depending on how the meeting goes with Öcalan. It is unclear as of yet whether or not they will return immediately to Ankara, however it is widely anticipated that they will be sharing the messages delivered to them during the meeting with both the PKK ringleaders in Kandil and Europe.