“The day will come when Europe knocks on Turkey’s door” 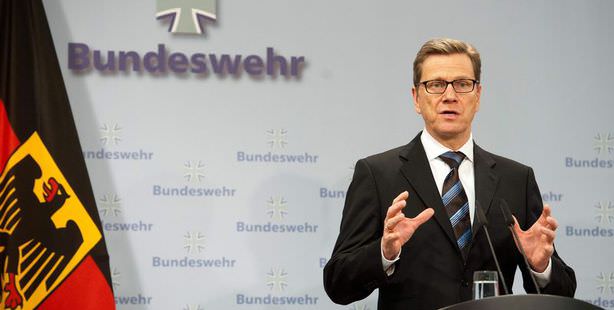 German Foreign Minister Guido Westerwelle has followed up a recent statement made by European Commissioner for Energy Günther Oettinger, that Europe would one day beg Turkey to join the EU by stating, “If we aren't careful, the day will come when Europe's interest in Turkey is greater than Turkey's interest in Europe."

In an interview published by Passauer Neue Nachrichten, German Foreign Minister Guido Westerwelle said. "We need to get new momentum in the negotiating process. If we aren't careful, the day will come when Europe's interest in Turkey is greater than Turkey's interest in Europe." Westerwelle, the liberal politician whose support for Turkey's EU membership process is widely known also said that diplomatic efforts were being made to reopen negotiations with Turkey in the first half of the year.

The Wall Street Journal reported on the German Foreign Minister's remark paring it with a comment published earlier in the week in Bild newspaper by European Energy Commissioner Günther Oettinger that Europe would one day beg Turkey to join the EU. "One day in the next decade a German chancellor and his or her counterpart in the Paris will have to crawl to Ankara on their knees to beg the Turks," Bild reported him as stating.

In other developments, France continues to send in positive signals regarding the reopening of chapters in Turkey's EU negotiations process. After lifting the blockade on the regional policy chapter, French Minister for European Affairs Beernard Cazenueve hinted at the possibility of opening additional chapters, by stating, "One by one, it will happen. That time will come."