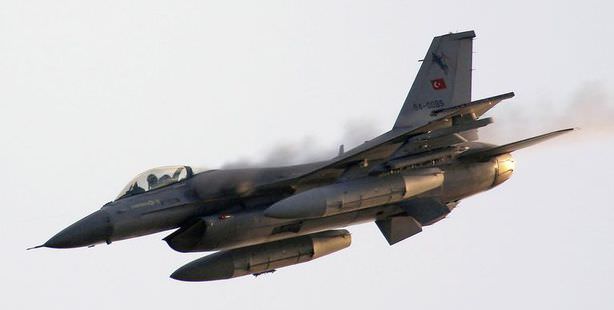 Six Turkish fighter jets took off from Diyarbakır and staged an air bombardment on PKK camps situated in the Zap Valley.

The heavy bombardment lasted approximately an hour, after which the jets moved on to stage a reconnaissance fight over Kandil.

Six Turkish F-16's, which set off from Diyarbakır and headed across the border from Çukurca, Hakkari to the Zap Valley in Northern Iraq, staged an air bombardment on seven previously determined targets, including shelters used by the PKK.