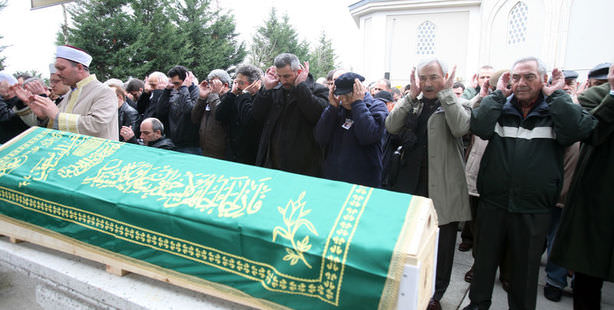 A funeral ceremony attended by the Japanese Consul General was held in Istanbul for the Turkish Airlines pilot, who in 1985 flew in to Tehran at a time when no one dared to, and saved 215 stranded Japanese nationals as missiles were flying.

Turkish Airlines captain pilot Orhan Suyolcu who saved 215 Japanese stranded in Tehran during the 1985 Iran-Iraq war, was laid to rest at the age of 87.

Attending the funeral for Suyolcu, who was given a state medal from Japan for his heroic efforts, was Istanbul Consul-General Keiji Fukuda. Speaking to Suyolcu's wife, Fukuda said "your husband is not just a hero for Turkey; he is a hero for Japan as well." Lining up amongst fellow mourners at the prayer ceremony, Consul-General Fukuda showed a sign of respect by bowing down as the casket was moved on. Suyolcu was later buried in Lüleburgaz, Kırklareli.

At the same time the funeral transpired, hundreds of Japanese gathered on Facebook to pray for Suyolcu. In addition to Suyolcu's family and loved ones a number of crew members and colleagues who were on the flight that fateful day were also in attendance.

Suyolcu flew that day on order by then-President Turgut Özal at a time in the war when no one wanted to fly into Iran. When Saddam Hussein gave foreigners two days to leave Iran before the airstrikes began many Japanese individuals were left stranded when international planes refused to accommodate citizens other than their own. Turkish Airlines sent a passenger flight commandeered by Suyolcu, who landed the plane in Tehran Airport as rockets were about to rain, and safely boarded the 215 Japanese passengers.