Enemies of democracy should be made to pay 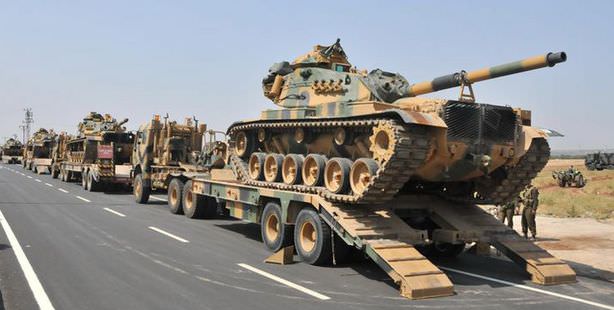 Ömer Bolat, who served as Secretary-General for MÜSİAD during the February 28th era, says that the media and capital societies who backed the coup should also be investigated.

It has been 16 years since the February 28, 1997 coup, in which the military-media-capital circles engineered the overthrowing of the then-Erbakan government, leading to the biggest economic crisis in Turkey's history.

Conservative businessmen who were tagged as being 'green or Islamic capital' were perhaps the biggest victims of the postmodern coup, which like an unsolved murder has dark forces behind it that have yet to be uncovered. They had their workplaces raided; lynching campaigns staged against them and were constantly subjected to threats… Now, they anxiously await the results of the ongoing investigation into the February 28th 'postmodern coup'.

On the 16th anniversary of the Feb. 28 coup, we had the opportunity to speak with the then-Secretary General of MÜSİAD (The Independent Industrialists' and Businessmen's Association) and AK Party Central Executive Decision Board Member Ömer Bolat.

"When elitists are unable to come to power through an election they always choose the coup route," said Bolat, pointing out that due to the surfacing of documents from the West Study Group only members of the military are being tried. "The correspondence and bank accounts of military and media members should be looked into to see who profited. They should also be investigated," stated Bolat.

What were the intentions of the Feb. 28 coup?

"February 28th was a clear coup. It had three purposes. The first was to get rid of the Refah Yol (Welfare-True Path) Coalition. The second was to erase the visibility of Islam in society by eradicating head scarves, beard, silver rings and words such as bismillah and maşallah. The third was to ensure the fruition of the interest-based income lobby. They were actually successful in all three areas. The government was brought down, the visibility of Islam was erased, imam hatip (religious) schools were shut down and conservative businessmen were eliminated."

Who is behind all of this?

"For the past 100 years, containing extremism has been used as an excuse. However, the real reason was a fight for political and economic power. On the one side there are the elites and on the other side the public. When the elite are unable to be elected to power, they pursue the route of military intervention. They then benefit from the junta inside the military in order to attempt to stage a coup."

IT HAS COST THE NATION 450 BILLION

Right after the February 28 coup, Turkey experienced the biggest economic crisis in the history of the Republic. Wasn't this connected to the coup era?

"Of course, the actors in the Feb. 28th process wanted a diet to be able to share the economic income from the new era. While they were sharing that income the banking crisis transpired. Twenty-five private and four public banks were emptied out. The total financial damage incurred by the treasury was 53.3 billion dollars. The total cost to the nation from the Feb. 28 era and the 2001 crisis was 450 billion dollars."

THE USA AND ISRAEL WERE ALSO AGAINST REFAH

Ömer Bolat shared another interesting anecdote regarding the Feb. 28th era. Recalling a time he had a one on one dinner with the prime minister at that time Necmettin Erbakan, Bolat said, "He showed me a memorandum that was prepared by the U.S. Department of State and had been distributed to embassies just a few months after the Refahyol party came to power. The memorandum said that the Refahyol government was dangerous for U.S. and Israeli interests and therefore they wanted them to go."

IT ALL CAME TO AN END AT THE RECEPTION

Coup attempts continued throughout the AK Party era. Do you think there is still the threat of a coup in Turkey?

"The perpetrators of February 28th didn't sit still during the AK Party era either. A number of coup attempts have been revealed. Even though there has been a serious restoration during AK Party's terms in power, in my opinion there is still that danger. The reason being that the mentalities of coup-lovers don't tend to change that much. Therefore, it is important to be careful. With the Feb.28 coup, the intention was to create a marginalized community. In my opinion the visible effects of this process came to an end at last year's October 29th Republic Day reception. The attendance of our President and Prime Minister with their headscarved wives at the Presidential Palace was a sign that this era has come to an end."

"When the coalition government was formed, a number of segments believed they weren't going to prosper. However, the government dropped inflation, decreased public debt and created a joint pool system with public accounts. As a result, the state's need to incur debt would be curbed and inflation dropped. In other words opportunities sought by the income lobby were going to diminish. Circles that were aware of this, pressed the button to bring down the government."

In other words, were the elite behind the military?

"Yes… In the background are capital and media circles and behind them were Western nations. That's how Feb. 28th took place. NATO, the US and Israel supported the process. They formed a coalition; the military, the five-gang (TOBB, TİSK, TESK, Türk-İş, DİSK), big capital, the interest lobby, the central media and the opposition…

Is the power struggle based on income?

"Of course… Under the premise of fighting reactionaryism, they stage a political and economic struggle in order to protect income and the status quo. The elite hope to benefit from coups."

THEY NEED TO BE HELD ACCOUNTABLE

Why do you think military members are the only ones being detained in the investigation?

"The prosecutorship has focused the investigation on leading military members. However, if the media had not printed the headlines that they did, the military would not have succeeded. It is for this reason that the correspondence that transpired between the military and the media needs to be investigated. Their bank accounts and who profited during this era and which capital groups prospered needs to be researched. The siphoning off of banks should be looked into. Those that were behind this should be held accountable. The coup perpetrators absolutely need to be charged."