Kerry's coming with a full bag 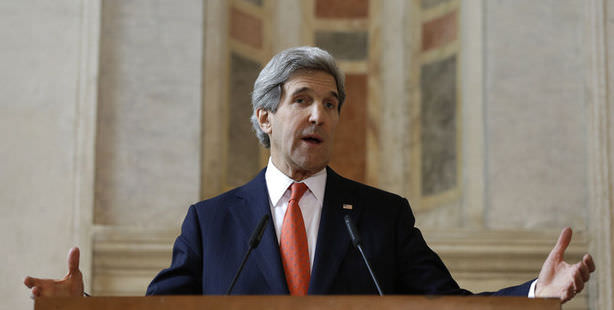 The United States’ new Secretary of State John Kerry arrives to Ankara tomorrow as part of his first international tour since taking office.

U.S. Secretary of State John Kerry, who planned his arrival to Ankara to coincide with the one-month anniversary of the suicide bombing on the U.S. Embassy in Ankara, will be participating in a memorial ceremony at the embassy as well as meeting with family members of Mustafa Akarsu, the security officer who was killed in the attack.

During his stay, Kerry will also be meeting with President Abdullah Gül and Prime Minister Tayyip Erdoğan. Foreign Minister Ahmet Davutoğlu, who will also be spending time with his U.S. counterpart during his stay, will be reminding that over 60,000 people have been killed in Syria and will be emphasizing that it is about time the U.S. take an active initiative in the matter. Kerry and Davutoğlu will also be discussed Baghdad-Ankara relations during the trip.

U.S. Secretary of State Kerry will be delivering the message, "we are ready to offer support to the process," in reference to Turkey's ongoing initiative to solve the Kurdish issue. The other files in Kerry's 'bag' will include, "the Arab Spring, Turkey-Israel and Turkey-Armenia relations as well as press freedom."