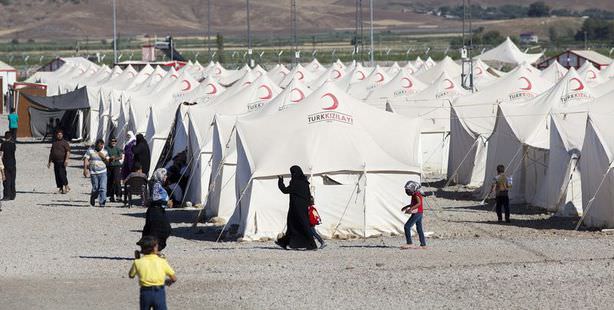 Deputy Prime Minister Beşir Atalay told reporters that the camps set up for Syrian refugees forced to flee the unrest in their own nations and to seek shelter in Turkey are being run similar to metropolitan administrations be way of providing refugees with education, health, infrastructure and religious opportunities that running like a well-oiled machine.

Responding to reporters prior to a "Syria Coordination Meeting" held on Tuesday at the Prime Ministry, Deputy Prime Minister Beşir Atalay announced that the number of Syrian refugees staying in camps erected in Turkey has reached 185,585 and added that there are an additional 100,000 Syrian nationals residing in the country as a result of the crisis in Syria.

"We are a big country and are doing quite well orchestrating our efforts. There is also great international admiration for the work we have done assisting Syrian refugees," said Atalay.