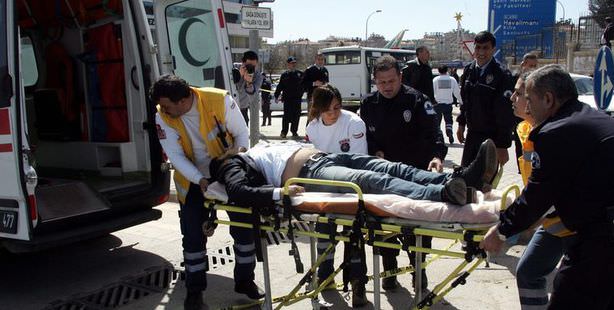 Four people were killed and two others injured in a shooting outside the Gaziantep Courthouse in Thursday.

A man opened fire on a car said to be transporting his wife in the parking lot of the Gaziantep Courthouse. According to initial reports, the two had just exited a hearing in their divorce proceedings. The shooter, who used a long-barreled weapon, is stated to have turned himself into the authorities.

Gaziantep Governor Erdal Ata has announced that four people were killed at the scene and two wounded. Meanwhile, police and ambulances have been dispatched to the courthouse.

Police have not yet released the identities of those killed in the attack.