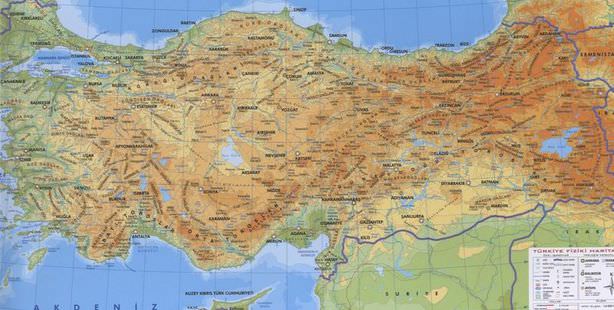 With the potential disarmament of the PKK topping the agenda, speculation is now focused on the process of withdrawing the organization’s militants outside of Turkey’s borders, as the result of a second delegation holding peace talks with the imprisoned terrorist organization leader.

The Turkish Armed Forces has determined a series of critical locations that will be integral to the ongoing "withdrawal plan" to ensure all PKK terrorists exit Turkey's borders.

According to data from the General Staff, the terrorist organization' militants are primarily spread throughout Hatay and the Van-Hakkâri-Şırnak, Muş-Bingöl-Tunceli-Diyarbakır and the Çorum-Tokat-Sivas stretch of provinces.

Last month, Chief of General Staff Gen. Necdet Özel paid a visit to the Second Army Command in Malatya to conduct inspections of the four designated regions, for which security measures were then raised to the highest level.

Turkey once had 1,700-1,800 terrorists residing within its borders, however after the series of operations staged throughout the year, that figure has now dropped to 1,300-1,400. There are approximately 2,300-2,500 terrorists in Northern Iraq and 1,400 PKK terrorists harbored in the Qandil Mountains.