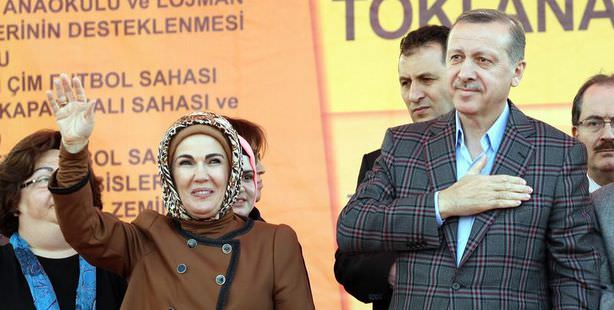 Yesterday marked the tenth anniversary of Recep Tayyip Erdoğan serving as Prime Minister of Turkey. In five days time, Erdoğan will surpass Menderes to become the second individual to have consecutively served the post the longest. İnönü is Turkey’s longest serving prime minister, having upheld the position for 12 consecutive years.

Although it has been ten years since yesterday that Prime Minister Tayyip Erdoğan took on office, he will be going down in history especially for the leadership he has exhibited more recently.

Siirt, the hometown of Erdoğan's wife, has played a significant role in the story of how the prime minister came to power. It was in Siirt, where Erdoğan was convicted for reading a poem during a public address on December 12, 1997, after which he served time and was sentenced to a political ban. Six years later, on March 9, 2003 it was also in Siirt where Erdoğan was elected deputy, which led to his taking on the position of Prime Minister of the Republic of Turkey on March 14 of the same year.

Over the past decade, Erdoğan has continued to see rising voter support while winning three general elections, two local elections and two referendums. On March 20, Erdoğan's term in consecutive service will officially break Adnan Menderes ten-years-and-five day record as the second longest consecutively serving Prime Minister. Menderes held office from May 22, 1950 to May 27, 1960. At 12 years of continuous servitude, İsmet İnönü holds the record for being Turkey's longest serving prime minister.

Turkey's 59th government was formed by Erdoğan in 2003 and served until the July 22, 2007 elections. When the ruling AK Party (Justice and Development Party) was re-elected in the July 22, 2007 elections with 47 percent of the vote, making it the first time in 52 years that a party in power in Turkey had increased its votes for a second term, Erdoğan formed Turkey's 60th government. During this term, the AK Party came out successful in two referendums and one local election. In 2011, the AK Party was re-elected for a third term while also raising their votes to 50 percent and thereby even further increasing public support and Erdoğan began his third term as Prime Minister and formed Turkey's 61st government.

This is a translation of an article originally written by Mehmet Ali Berber and Mesut Er.