PM Erdoğan: Turkey’s health care system is an example for the world 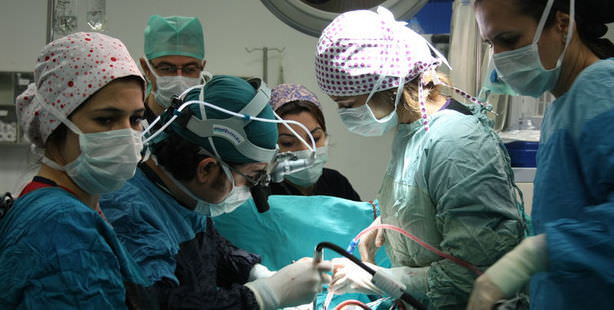 Prime Minister Erdoğan released a written statement yesterday in honor of Medicine Day, which is celebrated in Turkey on March 14.

"Turkey's health care system, which is revered as an example by the world's most developed nations, is the result of a series of reforms our government has made," said Prime Minister Tayyip Erdoğan, congratulating the nation's medical professionals.

"It is the great efforts exerted by our doctors and other medical professionals that are behind the success achieved in Turkey's health care system over the past decade. We are extremely pleased that the global scale of successes signed onto by our medical professionals has become a source of national pride. It is with these sentiments, that I congratulate and celebrate our medical professionals who have devoted themselves to further advancing medicine and protecting the health of our society on Medicine Day," stated Erdoğan.

'NO STEP BACK ON FULL-DAY LAW'

Speaking at a ceremony held for Medicine Day, Minister of Health Mehmet Müezzinoğlu announced that certain details regarding the Full-Day Law will be announced by Prime Minister Recep Tayyip Erdoğan at Tuesday's ruling Justice and Development Party (AK Party) group meeting. Müezzinoğlu also added that they have no intentions of withdrawing the 'Full Day Law', which stipulates that doctors employed at university hospitals must work a full day in their state positions.