German military report: The Turks were right to react 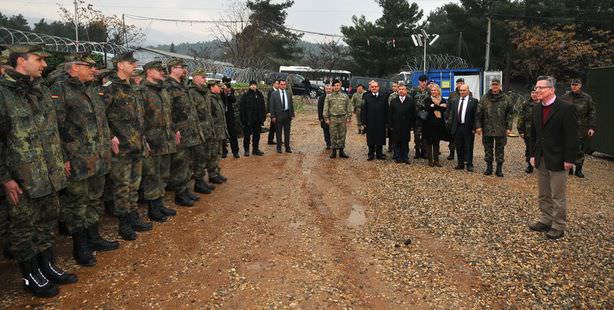 The German weekly Der Spiegel magazine has released an article stating that the incidents that surfaced between Turkish and German forces deployed in Kahramanmaraş to oversee the Patriot anti-missile battery systems were due to errors on behalf of the German troops.

The German weekly Der Spiegel magazine recently wrote that the German soldiers were responsible for the tension which developed with the Turkish troops in Kahramanmaraş. According to the report, it was the actions of the German troops that led to the contention. When German Minister of Defense Thomas de Maiziere paid a visit to the barracks where the German troops were stationed to oversee the operations of the Patriot systems in Kahramanmaraş, German soldiers attempted to close off the road to traffic, stopping vehicles that were transporting Turkish military members who were part of Maiziere's convoy, which led to escalation of tension.

According to the Der Spiegel report, the German soldiers "intervened when they had no right to do so". The article quotes a report submitted by the German military operations department to the Ministry of Defense as stating, "The German soldiers had no authority to be there or to block off the road. The Turkish side's reaction is understandable, because they were right."