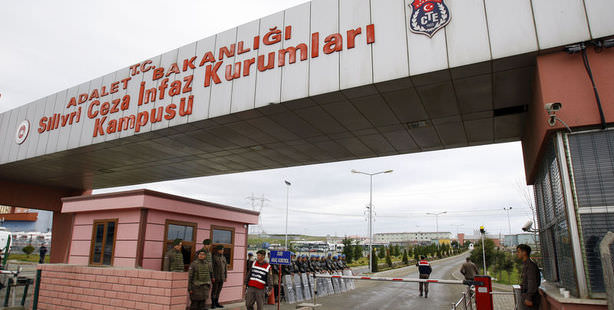 Prosecutors in the Ergenekon trial summed up their case on Monday by reading out a written final opinion which stated that there is valuable evidence that proves the existence of the Ergenekon terrorist organization and that Ergenekon is the Turkish equivalent of the counter guerillas in Europe.

With Monday's release of the final opinion in the Ergenekon trial, the agenda is now contending with a series of significant accusations made by the public prosecutors on the case. According to prosecutors, "The existence of the terrorist organization named Ergenekon is concrete and there is valuable evidence to attest to that."

Public prosecutors also say that Ergenekon is the Turkish name of a secret organization in Europe referred to as counter guerilla. According to the final opinion, a small cell of the organization was revealed in the Susurluk accident in 1996, when a fatal car crash proved links between politicians, state security officers and organized criminals. However, unlike in Europe, the organization in Turkey was not dismantled.

"THERE IS VALUABLE EVIDENCE…"

The final opinion, prepared by public prosecutors Mehmet Ali Pekgüzel, Nihat Taşkın ve Murat Dalkuş, stated, "The existence of the organization is not only proven by open-source information, there is also valuable evidence which confirms its existence from a legal standpoint."

Referring to Ergenekon as one of the organizations to have the most documents recovered, the final opinion also expressed that, "many confidential particulars on the organization's structure, activities, actions, members and weapons have been deciphered".

THERE WAS A CHANCE WITH SUSURLUK, BUT…

The final opinion stated the following: "Many states in Europe found traces of counter guerillas through certain coincidental events and took advantage of these opportunities. Turkey also had an opportunity to dismantle its counter guerillas in 1996 in a car accident in Susurluk. However, unfortunately despite the public support for shedding light on this case, the investigation yielded only 14 people who were prosecuted in trial."

In 1996, wanted murder suspect Abdullah Çatlı, Police Chief Hüseyin Kocadağ and Deputy Sedat Bucak were found in the same car in a fatal crash in Susurluk, revealing for the first time connections between a criminal organization and the state.

The final opinion went on to state that in addition to the compilation of documents that without a doubt belong to the "Ergenekon terrorist organization," there is other evidence that points to 'Ergenekon' being the name in Turkey of the secret counter guerilla organization in Europe. According to the prosecutors, the formation revealed in the Susurluk accident 11 years ago was in fact a small cell of the Ergenekon organization. "Similar to the examples of this type of formation in Europe, the organization in Turkey attributed the name 'Ergenekon' to its activities, which is a term derived from the Turkish culture."

This is a translation of an article originally written by Fatih Ulaş.