Turkey embarks on a new era of peace 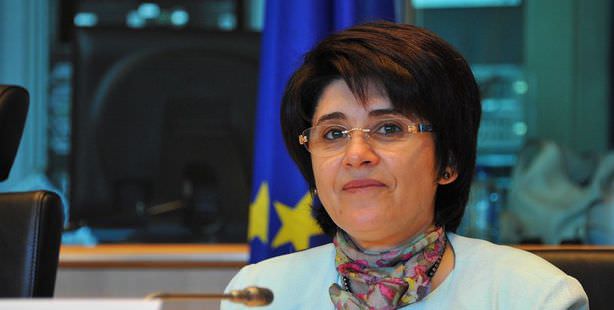 In Diyarbakır today, Leyla Zana and Selahattin Demirtaş will be reading aloud a one-page letter drafted by the imprisoned PKK leader Öcalan. The reading will be in effect the delivery of the message that the era of armament for the Kurds is over and instead an era of democratic struggle has begun.

Today's Nevruz celebrations in Diyarbakır, considered to be the finale for the 145 different events held throughout the country this week in celebration of the spring festival, will mark an end to the chanting of provocative slogans and hurling stones and instead during today's festivities there will be calls for peace.

Today a one-page letter penned by PKK terrorist organization leader Abdullah Öcalan, which details a roadmap to put an end to violent attacks and to withdraw militants, will be read aloud in Kurdish by Independent Deputy Leyla Zana and will be read in Turkish by BDP Chairman Selahattin Demirtaş. Öcalan especially requested Zana read the letter, which will put an end to the independent parliamentarian's isolation. Eight months ago, Zana had made an announcement stating, that "Only Tayyip Erdoğan can solve this issue."

'THE DOOR HAS BEEN OPENED, LET'S USE THIS OPPORTUNITY WELL'

Speaking to the Özgür Gündem newspaper, known for its affiliation with the PKK, BDP Co-chair Demirtaş, gave inclinations of what today's letter may entail when he relayed his view on the ongoing peace talks held on İmralı Island with the imprisoned PKK leader. Demirtaş relayed what Öcalan said at that time, by stating, "The era of armament for the Kurdish public is over and an era of democratic struggle has begun. This is the first time the door to democratization has been opened for us. We all need to use this opportunity well. The state has now embraced a more serious approach. We will see whether they will be able to make decisions such as establishing a commission for the PKK's withdrawal and ensuring parliamentary security during the stages of ceasefire and disarmament.

The BDP are not mediators, they will be the side to handle the second phase, in other words the legal, judicial and constitutional reform process," stated Demirtaş.

Gültan Kışanak, the co-chair of BDP, the opposition Kurdish Peace and Democracy Party, stated, "This road map will bring us peace and democracy." DTK Chairman Ahmet Türk says, "The Nevruz celebration in Diyarbakır will be a symbol of rebirth."

This is a translation of an article originally written by Müjgan Halis and Hazal Ateş.