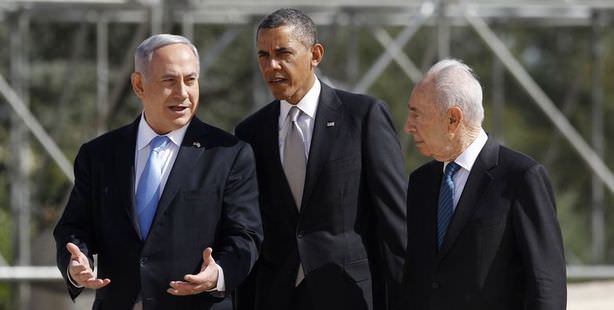 Israel has accepted Turkey’s conditions to repair ties by apologizing to Turkey for the raid of the Mavi Marmara ship in international waters and killing nine Turkish citizens.

Israel apologized to Turkey on Friday for killing nine Turkish citizens in a 2010 naval raid on a Gaza-bound flotilla and both feuding U.S. allies agreed to normalize relations in a surprise breakthrough announced by U.S. President Barack Obama.

Israeli Prime Minister Benjamin Netanyahu called Prime Minister Tayyip Erdoğan on Friday to apologize for the Mavi Marmara raid, which led to the loss of lives as well as the derailing of ties with Turkey. Prime Minister Erdoğan accepted Israel's apology on behalf of Turkey and agreed to normalize ties between the two nations.

Israel bowed to a long-standing demand by Ankara, once a close strategic partner, to apologize formally for the deaths aboard the Turkish vessel Mavi Marmara, which was boarded by Israeli marines who intercepted a flotilla challenging Israel's naval blockade of the Palestinian-run Gaza Strip.

"Prime Minister Netanyahu expressed an apology to the Turkish people for any error that may have led to the loss of life, and agreed to complete the agreement for compensation," an official Israeli statement said. Netanyahu and Erdoğan "agreed to restore normalization between the two countries, including returning their ambassadors (to their posts)," the statement added.

With this apology, the three conditions set forth by Turkey for a normalization of ties have now been fulfilled by Israel, which has also agreed to pay compensation to the families of the victims in the raid and has eased the blockade on Gaza.

Voicing until now only "regret" over the Mavi Marmara incident, Israel has offered to pay into what it called a "humanitarian fund" through which casualties and their relatives could be compensated.

Addressing the Gaza embargo that led to the tensions, a statement from Mr. Netanyahu's office noted that Israel had also already removed a number of restrictions on the movement of people and goods to all the Palestinian territories, including Gaza, and that the openness would continue as long as quiet prevails. The two leaders agreed to continue to work to improve the humanitarian situation in the Palestinian territories.

In a statement released by the White House only minutes before Obama ended a visit to Israel, the president said Prime Minister Benjamin Netanyahu and his Turkish counterpart Tayyip Erdoğan had spoken by telephone. "The United States deeply values our close partnerships with both Turkey and Israel, and we attach great importance to the restoration of positive relations between them in order to advance regional peace and security," Obama said.

The first conversation between the two leaders since 2011, when Netanyahu phoned to offer help after an earthquake struck Turkey, gave Obama a diplomatic triumph in a visit to Israel and the Palestinian Territories in which he offered no new plan to revive peace talks frozen for nearly three years. The 30-minute call was made in a runway trailer at Tel Aviv airport, where Obama and Netanyahu huddled before the president boarded Air Force One for a flight to Jordan, U.S. officials said.

Ankara expelled Israel's ambassador and froze military cooperation after a U.N. report into the Mavi Marmara incident, released in September 2011, largely exonerated the Jewish state. Israel had previously balked at apologizing to the Turks, saying this would be tantamount to admitting moral culpability
and would invite lawsuits against its troops.