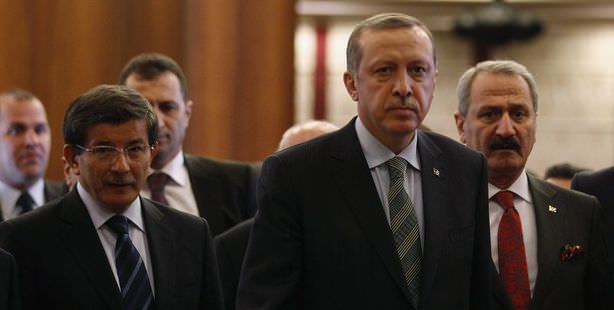 Israel apologized to Turkey on Friday for the 2010 naval raid on the Mavi Marmara, a Gaza-bound flotilla, which resulted in the deaths of nine Turks. Accompanied by U.S. President Obama, Israeli Prime Minister Netanyahu called Prime Minister Tayyip Erdoğan by phone yesterday to apologize. Erdoğan accepted the apology on behalf of Turkey and agreed to normalize relations with their once-ally.

Israel bowed to a long-standing demand by Ankara, once a close strategic partner, to apologize formally for the deaths aboard the Turkish vessel Mavi Marmara, which was boarded by Israeli marines who intercepted a flotilla delivering aid to Gaza on May 31st, 2010. Israeli Prime Minister Benjamin Netanyahu called Prime Minister Tayyip Erdoğan from a runway trailer at Tel Aviv airport, where Obama was also present before the president departed Israel for Jordan.

"In light of Israel's investigation into the incident, which pointed to a number of operational mistakes, the prime minister expressed Israel's apology to the Turkish people for any mistakes that might have led to the loss of life or injury," Netanyahu's office said in a statement in English. It added that he had agreed to conclude an agreement on compensation and said Netanyahu and Erdoğan reached a consensus to normalize ties between the two countries, including returning their ambassadors to their posts.

Erdoğan's office said he had accepted the apology and had told Netanyahu that he valued centuries of "strong friendship and cooperation between the Turkish and Jewish nations".

With this apology, the three conditions set forth by Turkey for a normalization of ties have now been fulfilled by Israel, which has also both agreed to pay compensation to the families of the victims in the Mavi Marmara raid and vowed to continue to ease the blockade on Gaza.

During the conversation, which lasted half an hour, Netanyahu supposedly said that they had no intentions of killing anyone and that after an investigation into the incident they realize that there were a number of operational errors on their side. Netanyahu apologized to the Turkish public for the loss of human life and announced that they would be paying compensation to the families of the victims. Netanyahu also requested an end to the ongoing judicial process in which certain prominent Israeli military members are being tried in absentia.

Addressing the Gaza embargo that led to the tensions, a statement from Mr. Netanyahu's office noted that Israel had also already removed a number of restrictions on the movement of people and goods to all the Palestinian territories, including Gaza, and that the openness would continue as long as quiet prevails. The two leaders agreed to continue to work to improve the humanitarian situation in the Palestinian territories.

Playing an integral part in the reconciliation between the two leaders, U.S. President Obama expressed the high significance he places in the United States' partnership shared with both Turkey and Israel while announcing the development in a statement issued by the White House shortly after his departure from Israel.

Anticipations of a repair in Turkey-Israel ties were first sparked on March 1st when U.S. Secretary of State John Kerry paid a visit to Ankara. During a meeting with Prime Minister Erdoğan, Kerry expressed his desire for a normalization of ties between the two U.S. allies. Prime Minister Erdoğan responded at the time that this was not possible unless Israel adheres to the three conditions set forth by Turkey, thereby displaying Turkey's resolution on the matter. In a series of six telephone calls between Kerry and Foreign Minister Davutoğlu which followed, the notion of Israel offering a formal apology was matured through dialogue, leading to Kerry asking if an apology by phone would be acceptable. The question posed by the U.S. Secretary of State was forwarded to Prime Minister Erdoğan, who requested the response, "For us, an apology is a must" be relayed in return. Kerry then sent Davutoğlu an initial proposal text by e-mail, which was them presented to Erdoğan. The Prime Minister inspected the text and said that if the apology did not deviate from what was dictated in the text, then they could proceed with the apology proposed.

Following these developments, Erdoğan held a late-night summit in the VIP section of Ankara's Esenboğa Airport Thursday evening. Yesterday morning, Erdoğan made a final assessment of the issue after which it was decided that the text would be acceptable. Later that day, Israeli Prime Minister Netanyahu made a telephone call to Prime Minister Erdoğan to apologize, while Obama was on hand to mediate. An announcement from the Prime Ministry stated, "Netanyahu has apologized to the Turkish public on behalf of Israel. Mr. Prime Minister has accepted the apology on behalf of the Turkish public."

While the first announcement of the apology came from Israel, about one hour later, Turkey also began announcing the development. Hamas Prime Minister Ismail Haniyeh qualified the development as a victory for Turkey over Israel and announced, "Today, I am giving you the good news that Erdoğan will soon be paying a visit to Gaza."

"WE WILL BEGIN WORKING SOON"

Spokesman for the Israeli Ministry of Foreign Affairs Yigal Palmor stated, "Next week we will begin working on finalizing the issue. As Israel and as Turkey we owe a lot to Obama. He is the one who solved the issue. The reappointment of ambassadors may also surface on the agenda, however there is no time frame as of yet. Former Israeli Foreign Minister Avigdor Lieberman has said that "it was a big mistake" for Israel to apologize for the Mavi Marmara raid. Meanwhile, leading Jewish institutions in the U.S. have positively welcomed Israel's apology.

"OUR DEMANDS HAVE BEEN MET"

"All of our demands have been met, we got what we wanted," said Foreign Minister Ahmet Davutoğlu. "For Israel to be brought to the line of international law is a significant step," said Davutoğlu who revealed details of how the historical moment transpired. "It was a tripartite conversation. The microphone was on. Obama, Netanyahu and our Prime Minister all spoke together in a conversation which lasted approximately 20 minutes." Davutoğlu also explained that he even went to the Prime Minister's residence when he was ill to discuss the proposed text.

TURKEY TO DETERMINE THE NUMBERS

A written statement from the Prime Ministry stated that the amount of compensation to be offered the victims of the Mavi Marmara raid will be determined in a separate agreement. Turkey will first determine what the scope of compensation should entail and will be providing Israel with the figures they deem necessary.

This is a translation of an article originally written by Duygu Güvenç and Mehmet Ali Berber.