The red lines in relations with Israel 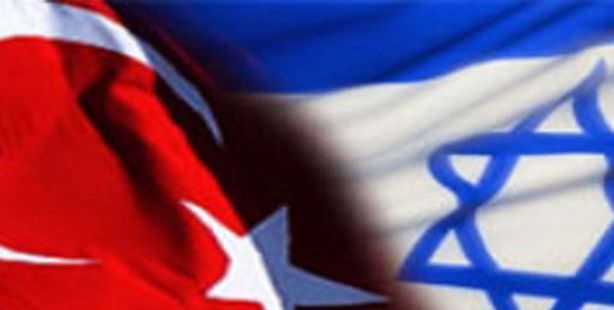 Israel's apology for the Mavi Marmara raid and the death of nine Turkish nationals as a result, will establish Turkey-Israeli relations to where they were prior to the incident. However, experts are underlining the fact that relations between the two nations may never again be what they once were. Previously shelved military relations will be normalized under 'limited' conditions following Israel's apology. While both nations are preparing to return their ambassadors to their respective posts, sources say that when it comes to intelligence and the military, it may take time for relations to resume in full.

Military projects will be revived although Turkey's will maintain its veto in a number of critical areas until the embargo on Gaza is completely lifted. Within this framework, Israeli pilots will not be allowed to use Turkey's airspace for military exercises. Turkey's veto on Israeli pilots' participation in the Anatolian Eagles Military Exercise, which they have yet to participate in since 2009, will continue until Israel has lifted the embargo on Gaza. The Turkish frigates operating in the Eastern Mediterranean will remain where they are. The Turkish frigates deployed to the Eastern Mediterranean to ensure freedom of navigation and to confront Israeli ships if necessary, will not be withdrawn at present. These ships will continue to provide protection for the safe navigation of vessels delivering humanitarian aid to Gaza.

ALL SIGHTS ARE NOW SET ON ESTABLISHING REGIONAL PEACE

Israel's apology to Turkey in an effort to normalize ties will result in a number of positive developments in the military arena. Three important projects that were put on hold as part of the veto Turkey implemented against Israel will now be revisited.

Negotiations will soon resume regarding the continuation of projects geared for the integration into F-16 and F-4 planes such as the "Observation pod", "Synthetic aperture radar systems" and the "Datalink project". Turkey will also be lifting its veto on exporting military textiles to Israel. In 2010, Turkey's military exports to Israel reached one billion, 520 million dollars.

Meanwhile, Ankara has indexed full normalization to regional peace. Attention is being drawn to the fact that Turkish-Israeli relations began to sour following Israel's Operation Cast Lead on Gaza in 2009. Sources say, "This apology will repair Turkey-Israel ties to where they were prior to the Mavi Marmara raid. However, for relations between Turkey and Israel to reach the level they were prior to 2009 will be dependent on developments establishing peace in the Middle East."