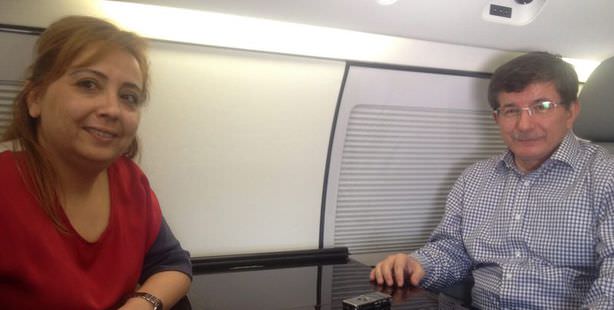 Responding to Israeli President Shimon Peres’ statement, “the past is dead”, Foreign Affairs Minister Ahmet Davutoğlu said, “I never consider the past to be dead. Hatred should not be built on the past. However, people should not evade confronting their past.”

On Friday, Israeli Prime Minister Benjamin Netanyahu, accompanied by U.S. President Barack Obama, paid a call to Prime Minister Tayyip Erdoğan to apologize for the Mavi Marmara raid which resulted in the deaths of nine Turkish civilians, and both leaders agreed to normalize relations between Turkey and Israel.

Foreign Affairs Minister Ahmet Davutoğlu says it will take time for relations between the two nations to normalize. Responding to journalists' question while en route by plane, Davutoğlu went on to state the following regarding this most recent development in Turkey-Israel relations:

WE WILL CRITICIZE THE SAME MISTAKE: "The second step will be Israel paying compensation to the victims of the raid and their families. A delegation from Israel will be arriving within the week to deal with the issue of reparations. The Israeli Foreign Minister has made a positive announcement in regards to the blockade. We will have to see it in practice. Parallel to this, the diplomatic process of reappointing our ambassadors will take some time. When they do wrong again, we will issue criticism. If they commit the same massacre in Gaza, then they will receive the same criticism."

THEY WANT US TO TAKE AN ACTIVE ROLE: "Livni expressed positive views. The second reason for her call was the fact that they want to see Turkey take on a more active role in Middle East peace negotiations."

WHO WAS IT THAT EXERTED THIS PRESSURE ON THE U.S.: "Everyone has commented and released statements, however not a single acknowledgement had come from our opposition parties. Never mind an acknowledgement, it is also being said that if there is anyone to be congratulated it should be Obama."

THE USA RESISTED FOR 15 HOURS: "They say the U.S. exerted pressure and reaped results. The UN Security Council negotiated for 15 hours to reach a resolution. The United States were the ones to resist a ruling. However, for the first time ever, a decision like this was made in regards to Israel."

WE RECEIVED AN APOLOGY HOWEVER WHERE IS OUR OPPOSITION?: I am sure there are a number of patriotic CHP members that felt pride with what transpired, however their leader is not admitting so."

Foreign Minister Davutoğlu recalled that following the May 31st, 2010 Mavi Marmara raid, Turkey had set forth seven conditions to rectify the situation, which he says have now all been fulfilled.
Reminding of these conditions, Davutoğlu listed them as following:

1- The UN Security Council needed to release a statement. They did.
2- On that day, all of the wounded as well as all passengers on board the vessel were either in the hospital or in prison. We stated that all of them needed to be released and they were.
3- We wanted the vessel to be released.
4- We also wanted an international investigation to be initiated.
5- We demanded an apology.
6- We demanded compensation
7- We demanded the blockade be lifted.

I TOLD BARAK NOT TO TOUCH THEM

Foreign Minister Davutoğlu recalled how they had informed Israel of the course taken by the Mavi Marmara vessel on the day it was attacked.

"Ehud Barak (the Israeli defense minister at the time) called me and I told him, "Don't touch them, this vessel's intentions are peaceful. They will not enter Israel's territorial waters. They will be going to Egypt."
That very same day, Foreign Ministry Undersecretary relayed the same information to his Israeli counterpart. Turkey's national intelligence organization MİT also relayed the information to Israel. All of these issues were discussed otherwise why would we have gone there? America is well aware of all of this which is why they are able to exert pressure on Israel. It is because we are in the right," said Davutoğlu.

DETAILS OF THE TELEPHONE CONVERSATION ON THE DAY OF THE RAID

Foreign Minister Davutoğlu explained that after the raid transpired on May 31st, 2010, he was en route to New York when Ehud Barak called numerous times, however he did not take the calls.

Davutoğlu went on to relay the details of the first conversation that transpired between himself and Barak while he was in New York following the incident.

"You cannot get off by just expressing remorse. You have committed a grave crime and you will pay for this," said Davutoğlu.

"We are friends of Turkey," said Barak.

"Friendship is not displayed by killing our citizens in international waters at times of peace. We will be immediately sending a plane to bring home all of our wounded and those killed," said Davutoğlu.

"Let us send them," said Barak.

"No, we cannot trust those who killed their brothers right next to them. Never mind the wounded, we will not allow for even a single strand of hair on those killed to remain in Israel," said Davutoğlu.