Barlas: Peace is no longer a distant notion 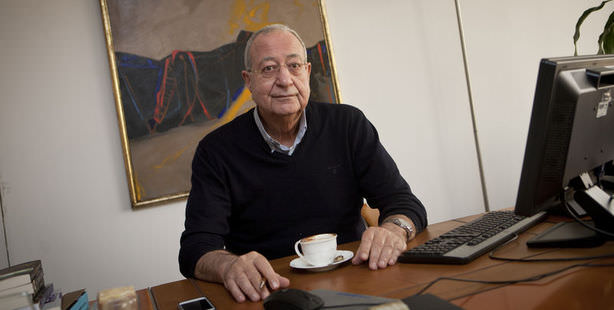 Sabah Newspaper leading editorialist Mehmet Barlas, who shares his views on a number of pressing items on the agenda, such as the forming of a ‘wise people’ committee, the path to peace and its potential obstacles, says, “When I look at Turkey today, I see it is better off than it was yesterday. Peace is not far off.”

• (On the 'wise people' council) "Everyone has their own ideas of who are wise, or in other words stoic, people. Those we perceive as being wise are individuals who have wide horizons and are interested in other intellectual issues as well as issues of the state. However, when it comes to state issues, then there is unity, integrity and law. An individual we would consider to be a truly wise person would question whether the unchanging principles in the constitution are truly that static. The government will be the ones to determine the list."

• "When I look at Turkey today, I see it is better off than it was yesterday. Peace is not far off. I was impressed by Öcalan's address. It seems that this man, who has been kept in a cell since 1999 with his interaction with the world restricted, has devised a plan. The era of armed conflict is definitely over. For him to say this means that he has been strongly observing the Middle East and the world. Those in the Middle East that use weapons to acquire their rights are never saved from trouble. It was also nice that he pointed out the unified beliefs and history shared between the Turks and the Kurds."