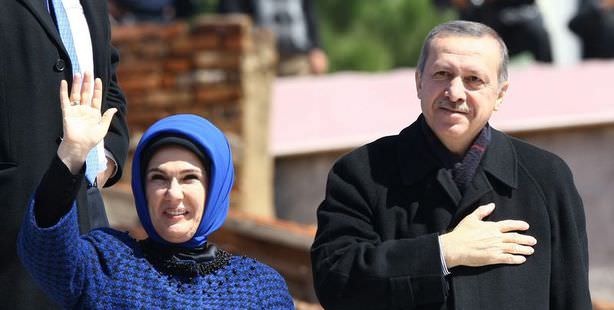 During a working breakfast with deputies from Mediterranean provinces Erdoğan released the most recent figures from a poll conducted by ANAR. Results showed that this is the first time those who are in support of a solution to the Kurdish issue have surpassed the percentage of those against it.

Addressing deputies from the Mediterranean regions, Prime Minister Tayyip Erdoğan released figures from ANAR's most recent poll. "Those in support of the solution process are at 58 percent," said Erdoğan.

It has always been said that as hopes arose for a solution to the Kurdish issue, so would support for the process. However, up until now, surveys had yet to show results displaying over 50 percent of support by citizens for a solution process. The latest survey by ANAR however, proves otherwise and for the first time ever, 57.7 percent of those polled expressed support for the state's ongoing peace initiative. While 34 percent of those questioned opposed the ongoing solution process, 8.3 percent refrained from expressing their stance. Results show that the percentage of those in support of the ongoing peace process is nearly the same 58 percent figure of votes in support of the September 12th referendum.

ANAR's survey took place between the dates of March 12-20, leading up to Nevruz, the Kurdish New Year, in which 5,500 citizens throughout Turkey were posed questions face to face. During this timeframe, a series of significant developments ensued in the solution process, including a second delegation of BDP (Peace and Democracy Party) members holding peace talks with the imprisoned PKK leader Abdullah Öcalan.

While Erdoğan explained in detail the survey findings from region to region, the Prime Minister pointed out that the level of support in the Aegean region was not as high as in other provinces throughout the country. "Let's better explain the ongoing process to our citizens in the Aegean region," advised Erdoğan.
According to the study, support for the ongoing peace initiative is high in Eastern, Southeastern and Central Anatolian provinces. Results from the Black Sea region also showed over 50 percent of support for the process.

At the start of the meeting with Mediterranean deputies, which was closed to the press, Prime Minister Erdoğan requested the focus be solely on the ongoing solution process.

While deputies emphasized their region's support for a solution, they also expressed concern there may be attempts at provocation by the opposition MHP (Nationalist Movement Party) and CHP (Republican People's Party). Erdoğan responded by stating that the response to such attempts is to correctly inform citizens of the ongoing process.

Prime Minister Erdoğan went on to deliver the following messages:

"Go door to door to explain this process. Inform our citizens that we are working on the unification of our nation. No one holds superiority over another. The poet who wrote our national anthem Mehmet Akif was an Albanian. As I travelled through the Black Sea, I saw writing that said, "How happy I am to be Laz", which I thought was strange. No one is above anyone else. We need to make our brotherhood be what stands out."