There will absolutely be no retrial for Abdullah Öcalan 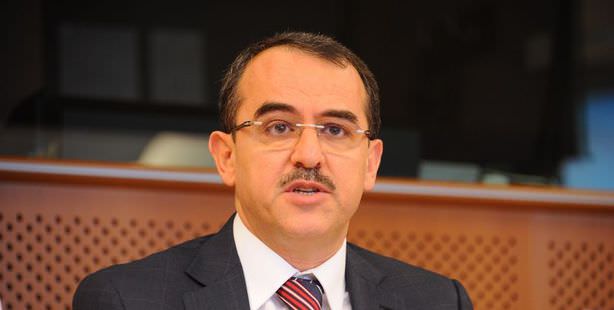 Minister of Justice Ergin said on Thursday that a provisional clause in the fourth judicial package, which seeks certain amendments on Human Rights and Freedom of Expression legislation and is currently being debated in Parliament, will not lead to a retrial of the imprisoned PKK leader Abdullah Öcalan.

The Parliamentary Justice Committee is currently debating a provisional clause in the fourth judiciary package, which deals with amendments to certain Human Rights and Freedom of Expression legislation. The clause will allow for the retrial of certain convicts whose rights have been violated according to the European Court of Human Rights (ECHR). The parliamentary deliberations of the clause has aroused widespread speculation and debate surrounding the possibility of PKK leader Abdullah Öcalan, who is serving a life sentence on İmrali Island, being allowed to apply for a retrial. Justice Minister Sadullah Ergin has laid any concerns to rest however, stating Thursday that under no conditions will Abdullah Öcalan undergo a retrial.

Minister of Justice Sadullah Ergin responded to the debate surfaced in connection to the amendment draft by stating, "No one should seek any ulterior motive or reasoning behind this draft which is solely pertaining to the European Human Rights Agreement our nation signed in 1950.

Putting an end to any speculation that this provisional clause may grant Abdullah Öcalan the right to a retrial Ergin stated, "The Öcalan file has been closed, and will never be opened again," said Ergin.

Justice Minister Ergin went on to explain, "The file on his previous application for the right to a retrial is closed and will never be reopened. The European Committee of Ministers found the decision against any retrial made by the Istanbul 14th High Criminal Court which reviewed an ECHR ruling on Öcalan's right to retrial, to have sufficiently fulfilled the ECHR ruling and therefore the file was permanently closed on February 14, 2007," said Ergin.

The Justice Minister went on to conclude, "Thus, the Committee of Ministers has issued a final ruling on the issue, which they informed Turkey of in writing. Therefore, the Öcalan file is closed and will never be reopened," said Ergin.