Turkey gives Somalia the gift of a hospital 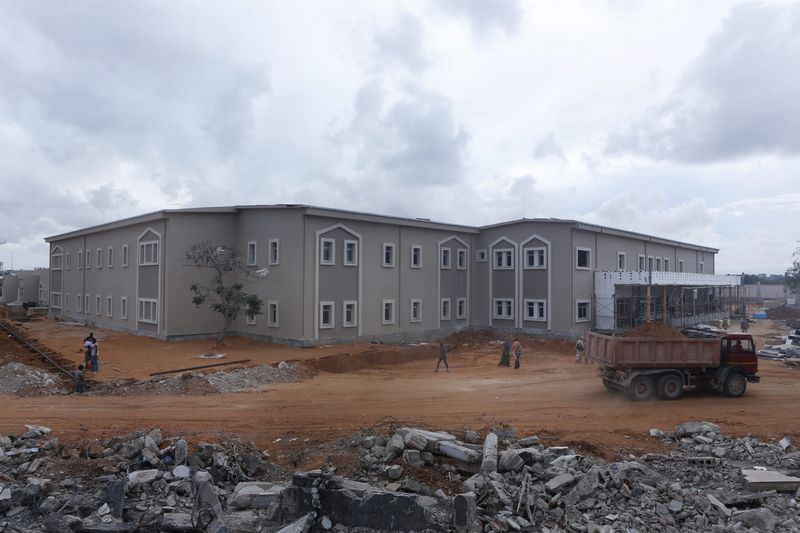 Amongst the number of ways Turkey has tried to assist Somalia at its most difficult time, Turkey also built a mega hospital that has saved the lives of thousands and is also the biggest hospital in Central Africa.

Turkey has perhaps made the greatest contribution to the situation in Somalia in health and medical services. In a country where surgeries were virtually impossible and lives were lost in even the smallest of operations, now there is a brand new palatial-like hospital built by Turkey's Health Ministry.

It took 169 workers nine months to complete what was not only the first building built in the Somalian capital in the past 20 years, but is also the sole building to have an elevator. There are currently two hospitals in operation in Somalia; one is the Şifa Hospital established by Medicalpark in Mogadishu a year and a-year-and-a-half ago and the other is the field hospital, also opened by the Ministry of Health. When the field hospital was set up it was so dangerous in Somalia that the doctors had to stay in tents in the hospital garden. An operating room was set up on the bottom floor and security guards would guard the entrance. With the completion of the new hospital scheduled for July, the field hospital will soon be shut down. Before Turkish doctors began arriving to Somalia, it was impossible to conduct surgeries in the nation because there was no anesthesia nor anyone who knew how to administer them. Now, with the arrival of Turkish doctors, Somalian doctors are being trained in all of the areas in which they were lacking.

All of the equipment for the hospitals was brought to Somalia from Turkey. Doctors Worldwide sends teams of doctors regularly. The most recent team to fly out include Hacettepe University Dr. Serdar Nazif Nasır, who is also known for being the first doctor to perform a face transplant in Turkey. Dr. Nasır and his team will be performing surgeries all week in order to give the gift of life numerous patents injured by blasts, fires or born with birth defects. This new hospital, which will have four operating rooms, will treat 2,000 Somalians a day once it opens in July.

This is a translation of an article originally written by Esra Tüzün.