Withdrawal formula for the resolution process begins to take shape 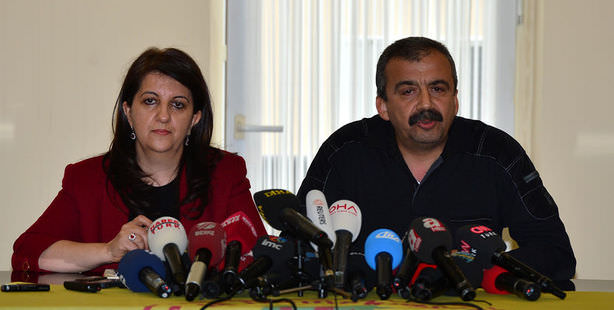 The method of how the withdrawal process of the PKK’s militants will transpire has been outlined according to a proposal by the imprisoned PKK leader Öcalan in a new round of talks in the ongoing resolution process. Accordingly, the newer members of the terrorist organization will relinquish their weapons to the more senior members and will begin withdrawing from Turkey’s borders in small groups.

The critical threshold of the ongoing resolution process has been surpassed: The PKK will soon be withdrawing from Turkey's borders.

The terrorist organization's wings in Kandil and Europe have responded affirmatively to the imprisoned PKK leader Abdullah Öcalan's call for the withdrawal process to commence without delay. Meeting with a delegation from the Peace and Democracy Party (BDP), Öcalan delivered the message: "If the withdrawal process does not begin soon, the entire resolution process will become deadlocked."

The message relayed to BDP Group Deputy Chairman Pervin Buldan and Deputy Sırrı Süreyya Önder, by the imprisoned PKK leader Öcalan, may have unraveled the knot surrounding the issue of the terrorist organization's withdrawal.

Öcalan's roadmap for the withdrawal process, which includes a series of technical details on routing and timing, will be announced in the next few days. While Öcalan and Turkey's National Intelligence Organization (MİT) have reached a consensus on the details of the ongoing negotiations, Öcalan relayed general information on the details during a two-hour meeting with the BDP delegation.

ÖCALAN IS TRACKING THE PROGRESS

During the meeting, Öcalan explained that he has been closely following the debate and proposals surrounding the ongoing resolution process and said, "As soon as the government provides the necessary assurance to the military, the initiative should begin. From here I am able to follow the debates and assessments regarding the resolution process from 12 different channels. The point reached is hopeful and I am pleased. The organization should also be able to see this. While taking into consideration the letter from Kandil; as soon as all of the details regarding the withdrawal process are clarified through the ongoing meetings I have been holding with state officials, I will be making an announcement. I understand the organization's concerns and my plan will help to dissuade them," stated Öcalan.

DEMANDS WILL BE MET